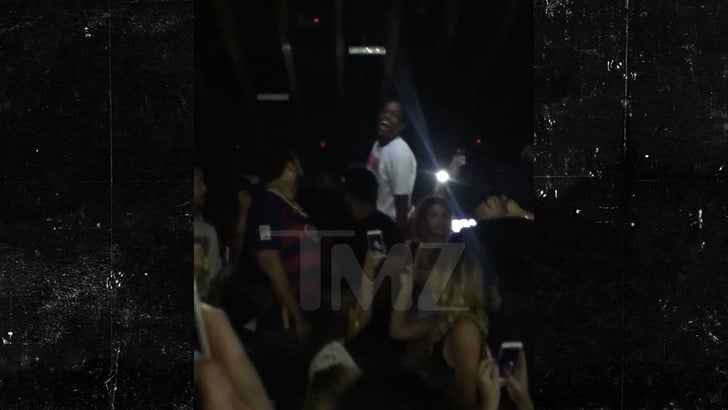 3:40 PM PT -- Sources at 1 OAK tell TMZ that A$AP Rocky was not targeted in Sunday morning's scuffle ... he simply got sucked in as a result of proximity. We're told a fight erupted at a table near the main stage, and as A$AP was exiting ... the commotion spilled over into his area. We're also told no arrests were made, and no injuries were reported.

A$AP Rocky is the latest celeb to deal with a would-be assault that ended in chaos over BET Awards weekend.

Rocky was attacked early Sunday morning while doing a gig at 1 OAK in L.A., where Kendrick Lamar also headlined and got treated to a birthday shout out.

Eyewitnesses tell TMZ that A$AP was jumped on by one man after the birthday song, which resulted in a massive scuffle near the main stage ... one that A$AP himself got mixed up in with security trying to break things up.

Law enforcement sources tell us they responded to an incident at 1 OAK around 1:57 AM from a club-goer who said security had struck him. By the time cops showed, the guy was gone ... and security said it was only a verbal exchange.

As we reported ... this is the 2nd altercation this weekend. Safaree had the misfortune of being jumped, allegedly at the hands of Meek Mill's crew.

We've reached out to 1 OAK and Rocky's reps for further comment ... so far, no word back.