La La Anthony says she and Carmelo Anthony are still "the best of friends" -- and are keeping things civil in their separation for the good of their son.

La La just appeared on the "The Wendy Williams Show" and opened up about her split from the NBA star -- explaining that she's not rushing to court to officially file divorce docs just yet.

"Marriages are tough," La La said ... "It’s filled with ups and downs and we’re just going through a time right now. But him and I are the best of friends and our number one commitment is to our son, Kiyan."

"We have to set an example to Kiyan. And that’s what’s most important. So I would absolutely never say a bad thing about my husband. That’s my son’s father and he is an amazing dad. I could not ask for a better dad."

Wendy noted that it seemed like Carmelo was trying to win her back.

We know the two have been trying to keep things civil -- they even got together for a Mother's Day dinner with Kiyan and seemed to be getting along.

Carmelo and La La have been estranged for months -- but La La isn't ruling out a reconciliation. 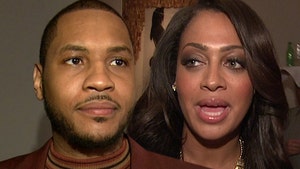 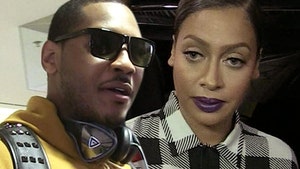 Carmelo Anthony Trying to Save Marriage with La La