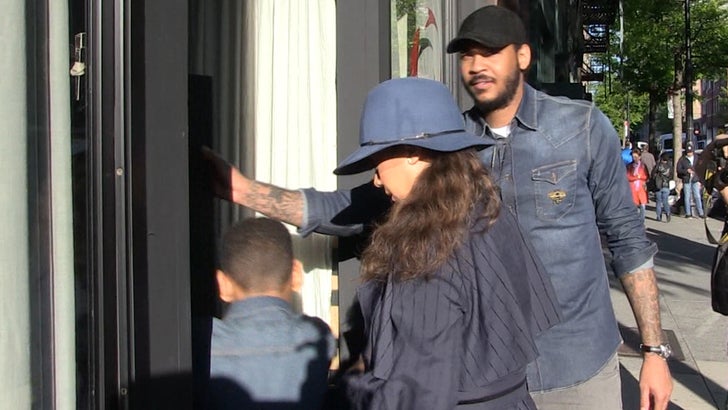 Carmelo and La La Anthony put their breakup on the back burner to spend a chunk of Mother's Day together with their son.

We got the exes heading into Neta, a sushi joint in the Village, and there's nothing about the video that screams separated or bitter. Quite the contrary, both 'Melo and La La were straight-faced, but walked in together -- he even held the door for her -- as they entered with 10-year-old Kiyan.

As for where Carmelo will be next Mother's Day? Well, if he's closer to a decision on his NBA future, he wasn't letting on to our camera guy.

Afterward, the modern fam also scooped up some fro-yo. As we've reported ... both are committed to co-parenting Kiyan through the split. Neither has filed divorce docs yet, but our sources say that's a certainty.