Here's what happens when you fight a chick that outweighs you by almost 100 pounds ... and said chick doesn't speak the same language as the ref.

Brazilian jiu-jitsu star Gabi Garcia ﻿-- who's listed at 6'2'', 209 pounds -- just ﻿fought in her first ever Shoot boxing (Japanese kickboxing) match in Tokyo ... and landed two illegal kicks to the dome that left her MUCH smaller opponent seeing stars.

Gabi's first head-kick on 45-year-old Megumi Yabushita got flagged by the ref -- but his warning appeared to be lost in translation ... 'cause seconds later, Garcia uncorked another more devastating skull-shot.

That one put Megumi down for the count -- and possibly with a dislocated shoulder.

Gabi probably should've been DQ'd ... but the match was ruled a no-contest. Maybe cause of that whole "I don't speak Japanese" thing. 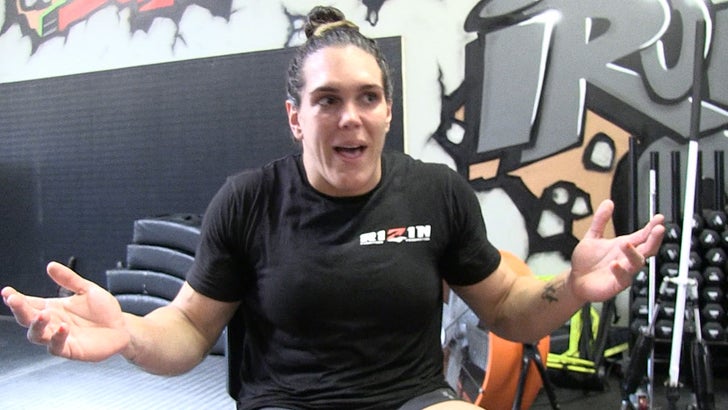 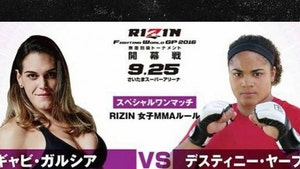 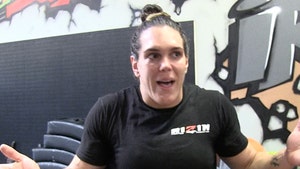