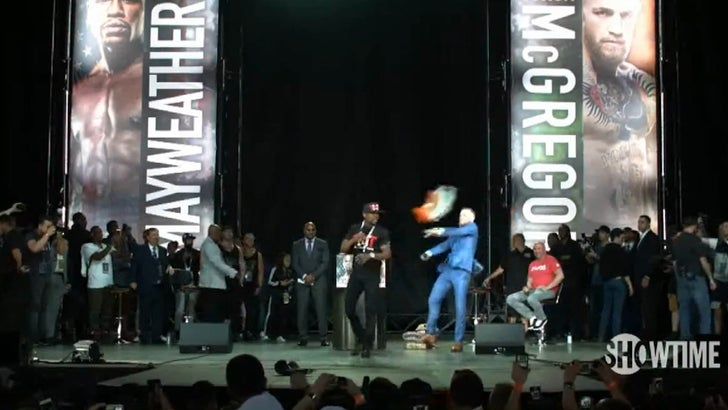 Who throws a flag? Conor McGregor ... that's who.

The UFC star actually weaponized the Irish colors at the Mayweather vs. McGregor Day 2 event in Toronto on Wednesday ... after a bizarre standoff involving Floyd's backpack.

At first, it seemed Floyd was gonna disrespect McGregor's flag -- but then he handed it over to Conor peacefully.

That's when Conor launched it back at the boxer ... and it landed right on the ground. Bad form.

The disses continued to fly -- Conor went after everything from his outfit, to his money, to his women to his alleged inability to read.

Mayweather called him a bitch a lot.

McGregor got the crowd to chant, "F*ck the Mayweathers."

But the best part? DRAKE SHOWED UP! 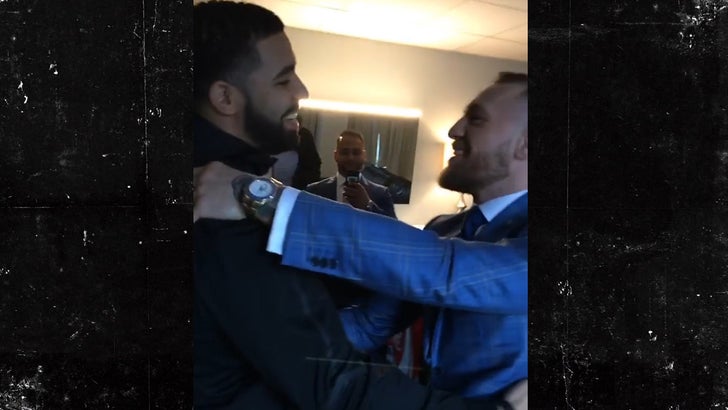