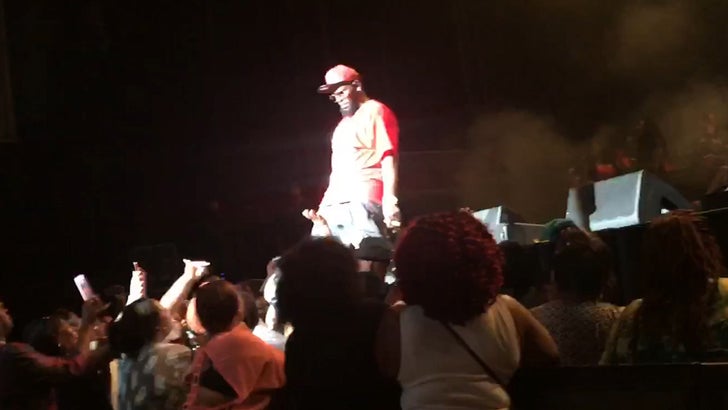 R. Kelly was defiant in his first concert since the "sex cult" allegations -- keeping all the rubbing, groping and sexy portions of his act fully in tact.

Kelly took the stage in Virginia Beach Friday night, and said the "boss man" wants me to tone it down -- but quickly made it clear that wasn't happening. As he usually does, Kelly had female fans wiping sweat off his body and encouraged them to grab his crotch.

The claims he's holding women against their will didn't stop female fans from packing into the front rows. However, witnesses say the 20,000 seat venue was less than half full. Didn't help that Kelly went on about 90 minutes late ... and due to local curfew the whole show was less than an hour long.

To be honest, Kelly's got bigger issues these days.