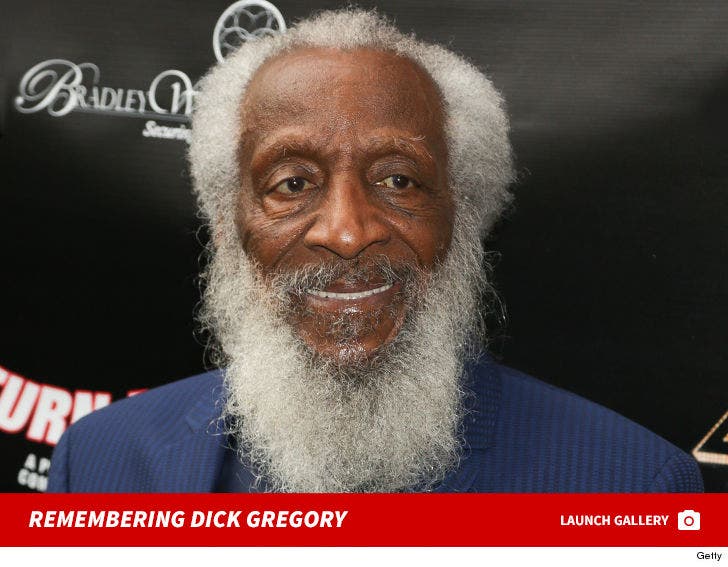 Dick Gregory -- comedian, actor, writer and famed civil right activist -- died Saturday night in Washington D.C. ... according to a statement from his family.

Gregory began his career as a comedian while serving in the the military in the '50s.

He broke color barriers by becoming the first black performer to perform at a white club in 1961, when Hugh Hefner eyed his talent and gave him a regular gig at the Playboy Club in Chicago. He was a hit.

Gregory's talent was laced with political rhetoric. He once said/joked, "Segregation isn't all bad. Have you ever heard of a collision where the people in the back of the bus got hurt?"

He was invited to perform on "The Tonight Show" in the days of Jack Paar, but refused unless he was able to have a seat on the couch.

Dick was also a writer known for the documentary "Joe Louis: America's Hero... Betrayed." Comedy Central named him #82 on the all-time list of greatest stand-up comedians.