Gavin Rossdale needs to find new neighbors or a new place to party because the ones he has now aren't cool with his rock 'n' roll-ISH lifestyle.

Gavin pulled the plug on his house party in the San Fernando Valley after LAPD showed up for a noise complaint. Mind you, this was no 2 AM rager -- instead, we're told the call to cops came in around 10:15 PM.

When cops showed up, we're told they spoke to Gavin, and he was totally cooperative -- dropping the typical busted teenager line ... I was just breaking it up, anyway.

Gavin, who's dating model and actress Sophia Thomalla these days, has been hard at work in the studio lately, so maybe he was just feeling a groove. 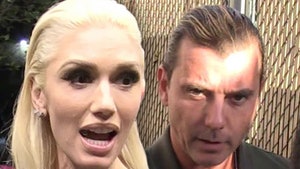 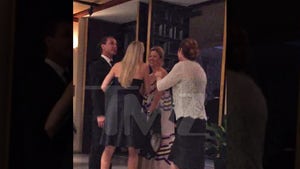 Gavin Rossdale -- Can't Keep His Hands Off The Ladies ... And Vice Versa