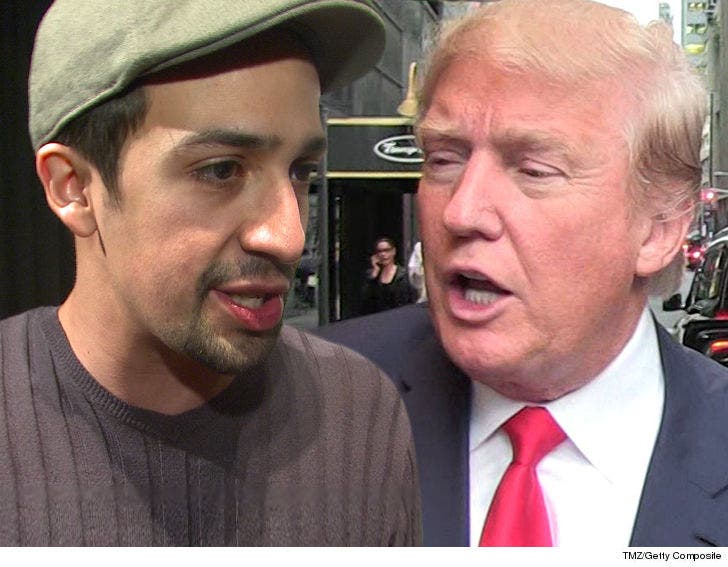 "Hamilton" creator Lin-Manuel Miranda blasted Donald Trump for his Twitter attack on San Juan's mayor ... bluntly telling the Prez he's got a clear path to hell waiting for him.

Miranda's comments come in response to Trump saying San Juan's mayor Carmen Yulin Cruz is showing poor leadership in hurricane-ravaged Puerto Rico ... and accusing her of being nasty to him because Democrats told her to.

Lin-Manuel fired back Saturday morning, saying ... "You're going straight to hell ... No long lines for you. Someone will say, 'Right this way, sir.' They'll clear a path." He continued by defending Cruz for working nonstop while Trump golfs ... and called the Prez a "congenital liar."

Miranda is of Puerto Rican descent and has been pushing hard to get help for the island hit by Hurricane Maria, and like San Juan's mayor ... he clearly doesn't believe Trump's doing enough.