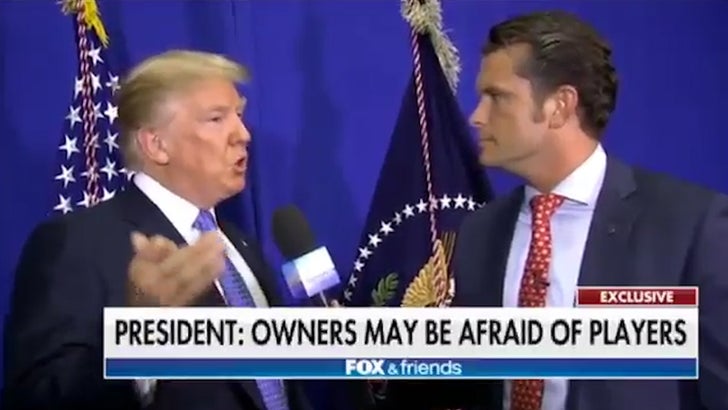 Donald Trump says NFL players should have "no choice" but to stand for the national anthem -- but the says NFL owners are too afraid to make it happen.

Trump appeared on "FOX & Friends" on Thursday and went off about the protests when asked about why he made the "S.O.B." comments in Alabama last week.

The President says he has a bunch of friends who are NFL owners and they're frustrated over the current situation involving the anthem.

"I think they're afraid of their players," Trump said ... "and I think it's disgraceful."

FYI, every single NFL owner put out a statement about the protests this past week -- and owners Jerry Jones and Shad Khan even participated in demonstrations with their teams.

No word if Trump's "afraid of their players" comments were directed at them. 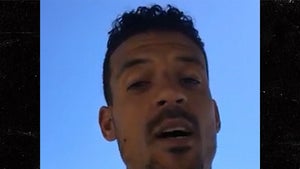