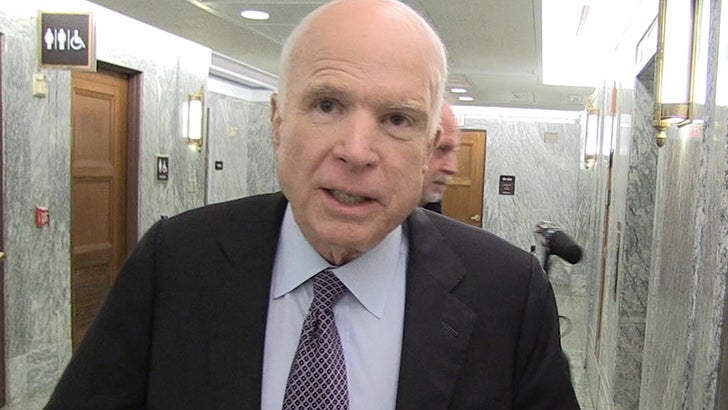 John McCain tells TMZ Sports he won't let his seething hatred for the Dallas Cowboys affect his view on freedom of expression.

The Arizona senator is famously a huge sports fan -- so, with the political and sports worlds colliding when the Cowboys played his AZ Cardinals on Monday Night Football, we asked for his opinion.

"I've always hated the Dallas Cowboys and will continue to do so to this day," McCain said.

But when we asked about Jerry Jones taking a knee with his players before the anthem, McCain said -- "That's their right to do what they want as citizens."

So, in conclusion ... he still wants the Boys to lose every game from now until the end of time -- but not because of the demonstration.