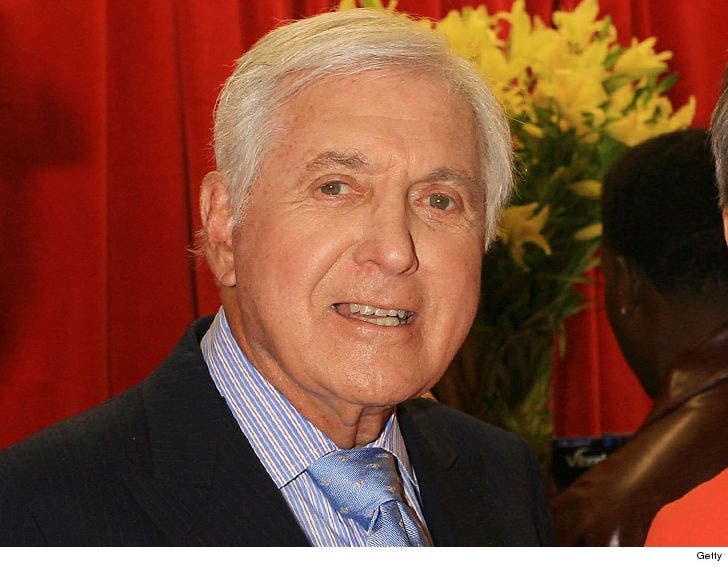 Television icon Monty Hall -- the co-creator and host of "Let's Make a Deal" -- died from heart failure at his home in Beverly Hills ... TMZ has learned.

Hall's daughter Joanna Gleason tells us ... he passed away Saturday morning surrounded by friends and family. We're told his health had been declining the past few years. Gleason says her dad was most proud of his show because it gave him the platform to help people.

The legendary game show host began his TV career in the 1950s by working on several children's shows. He moved on to host network game shows, and struck it big with 'Deal' in 1963 ... which ran for 13 years and returned for a short run in the '90s. It was rebooted in 2009 with Wayne Brady as host.

Hall also appeared as himself on popular shows like "The Hollywood Squares" and "Password All-Stars" ... and produced several more.

Monty was inducted into the American TV Game Show Hall of Fame in 2007, and will forever be associated with the catchphrase ... "What's behind Door No. 1?"