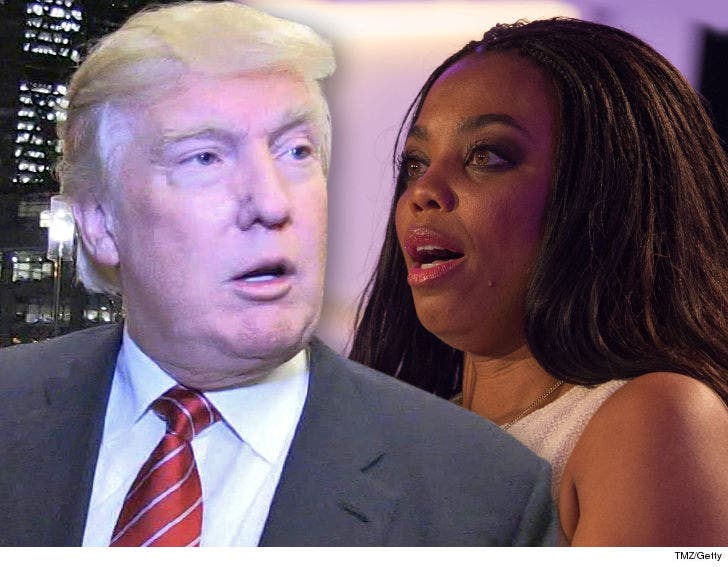 Less than 24 hours after ESPN hit Hill with a 2 week suspension for tweets about Jerry Jones' threat to bench players who "disrespect the flag," Trump has weighed in.

"With Jemele Hill at the mike, it is no wonder ESPN ratings have 'tanked,' in fact, tanked so badly it is the talk of the industry!"

Hill has previously called Trump a "white supremacist" -- and the White House called for her to be fired.

Make no mistake about it ... these two sides hate each other and it seems Trump won't be happy until ESPN cuts ties with Hill for good.