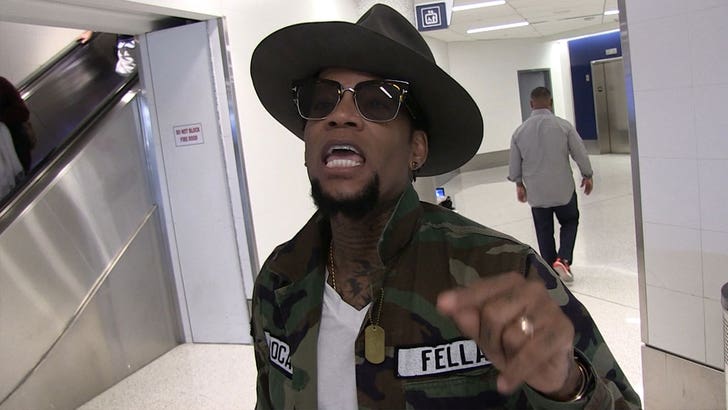 D.L. Hughley says there's someone America hates MORE than O.J. Simpson, and that man is Colin Kaepernick ... who Hughley thinks is getting the major shaft from NFL owners, and the American public.

As we previously reported, Kaep is gearing up to file a grievance against the NFL, alleging collusion by the NFL owners to keep him out of the league following his national anthem protest.

We got Hughley at LAX, and he told our guy he agrees 100% the NFL honchos are blackballing Colin -- and he has a reason.

"If Kaepernick had gotten an opportunity to try out for a squad and not made it, then this whole thing wouldn't have merit." Later adding, "If he's incapable of playing how come they've never let him prove it on the field?"

D.L. wasn't finished, saying in his opinion Kaep is one of the three most hated black men in America along with Obama and the aforementioned double murderer. But in his opinion, Colin has it worse.