Donald Trump says any NFL player who takes a knee during the National Anthem should be fired -- and referred to them as sons of bitches.

"Wouldn't you love to see one of these NFL owners, when somebody disrespects our flag, to say, 'get that son of a bitch off the field now. Out. Out. He's fired!'"

Trump made the comments at a rally in Alabama -- and though he never mentioned Colin Kaepernick by name it's clear he was referring to the unemployed QB.

Guessing there are several NFL players already talking about how to respond -- Sunday should be interesting. 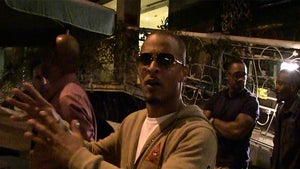