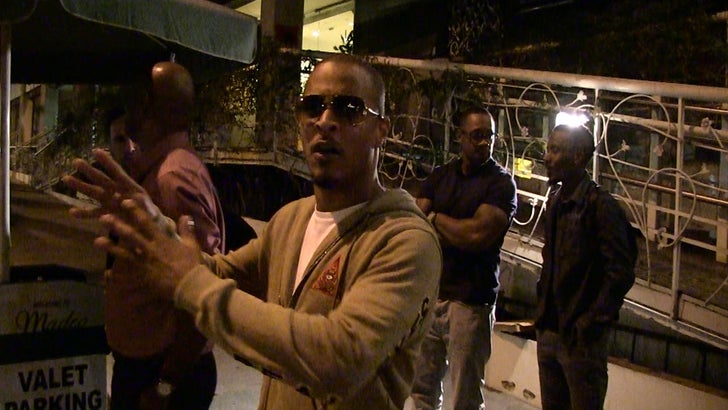 T.I. says he's GLAD the parents of an 8-year-old youth football team supported the players' decision to take a knee during the national anthem ... saying it's important for people to use their platforms.

FYI, the Junior Comanches youth football team in Cahokia, Illinois followed Colin Kaepernick's lead during the anthem before a game on Sept. 17.

The coach of the team insists the players came up with the idea to support demonstrators upset with the not guilty verdict in the trial of a St. Louis cop accused of murdering a black man. The coach says the parents and coaching staff supported the idea.

Now, T.I. says he didn't know about the protest before Wednesday night -- but salutes the parents for nurturing the passion of the children.

"I think parents are just supposed to support the passion of the child."

As for critics who say politics should be left out of sports, T.I. disagrees in a big way. 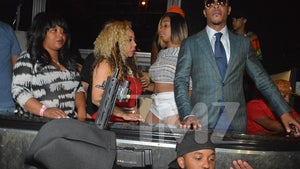 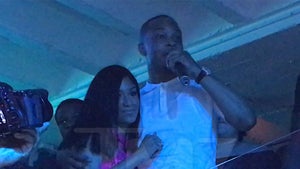