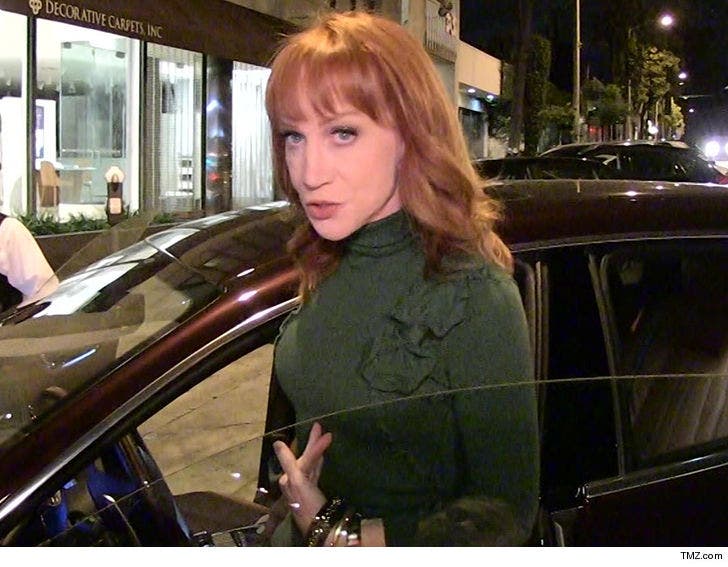 Kathy Griffin ﻿claims Hollywood's giving her the shaft, and an email exchange about a speaking engagement she was initially offered proves it.

Kathy says The Hollywood Reporter invited her to speak at its annual Women in Entertainment Power 100 event this year. She posted the email they sent on Sept. 26 offering her the gig -- but just last week she was told it's a no-go. Kathy posted that email as well ... including her response, "Offer rescinded. Good times." 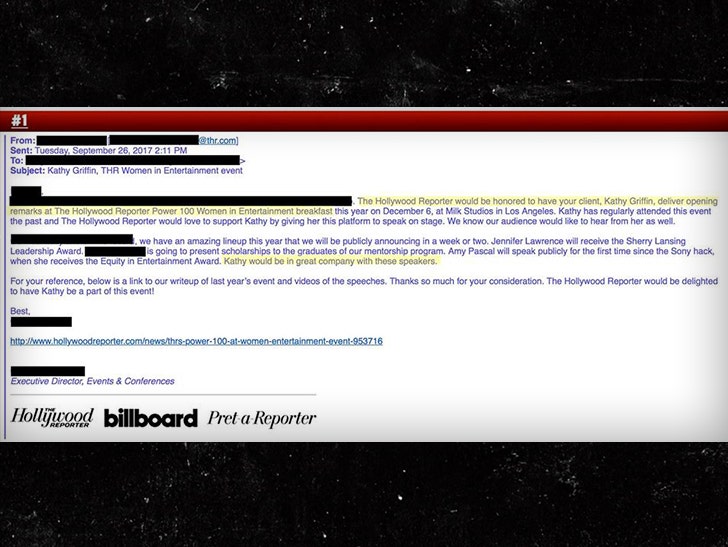 The comedian says she's still reeling from her severed Trump head photo shoot. She says, "I just want to make you laugh, even though I don't have one single day of paid work ahead of me in the United States for the rest of my life."

It's unclear if the change is Trump-related -- we've reached out to The Hollywood Reporter.

Worth noting though -- Kathy was notified last Thursday she'd no longer be speaking. That was just 4 days after she entered a fundraising gig while wearing a Trump mask and waving both middle fingers. 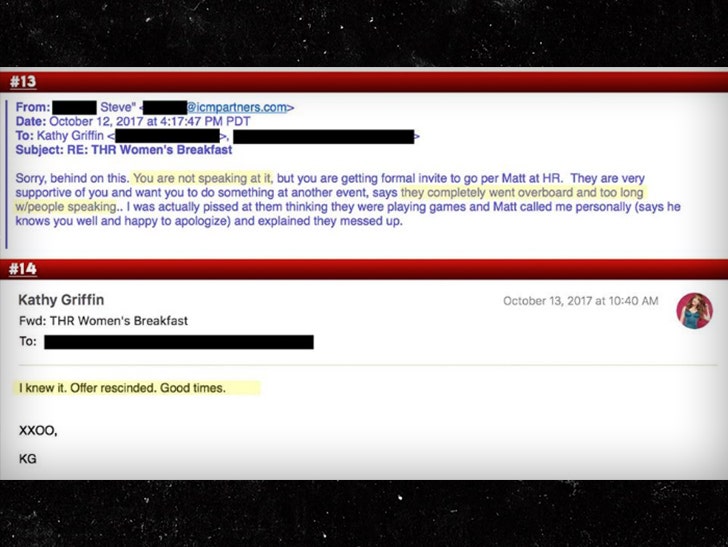 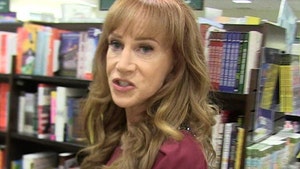 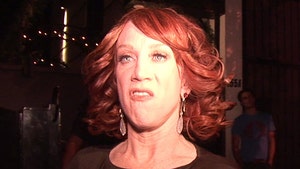 Kathy Griffin You Might Want to Rethink Gossip / Rumors Politix