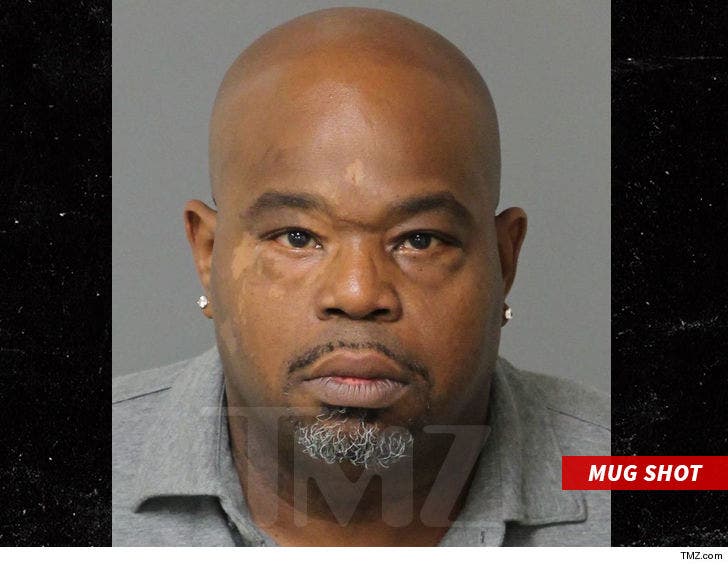 "Lean on Me" star Jermaine Hopkins might need another meeting with Morgan Freeman -- cops say he tried to speed past them with several pounds of marijuana in his car.

Law enforcement sources tell us cops in Apex, NC spotted Jermaine driving 70 in a 55 last week. Once they pulled him over cops say they found 5.7 lbs. of weed in his trunk and arrested him for felony drug possession with intent to sell.

He also got tagged with a speeding ticket before he was released on $3,000 bond.

Jermaine was also busted in 2011 for buying 200 lbs. of pot from an undercover cop -- so 5 lbs. almost seems like an improvement. By the way, he got 3 years probation for that 2011 arrest.

We've reached out to Jermaine, so far no word back.