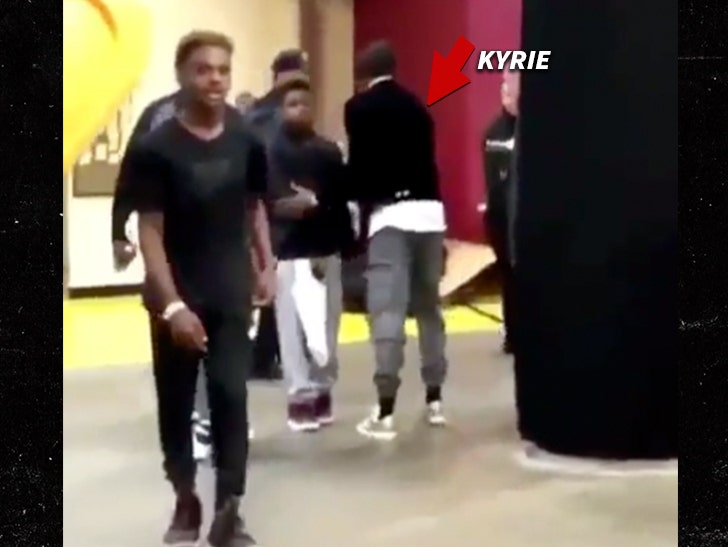 Here's a pretty cool moment ... Kyrie Irving took a few moments to dap up LeBron James' kids after the Celtics lost to the Cavs on Tuesday -- and it was all caught on video.

You know the backstory ... Kyrie left Cleveland during the off-season amid reports he just wasn't getting along with LeBron. Seemed like a pretty nasty split.

But things seemed cool between the families after the game -- when Kyrie bumped into Bron's sons LeBron Jr. and Bryce and stopped to give 'em a handshake and bro hug. 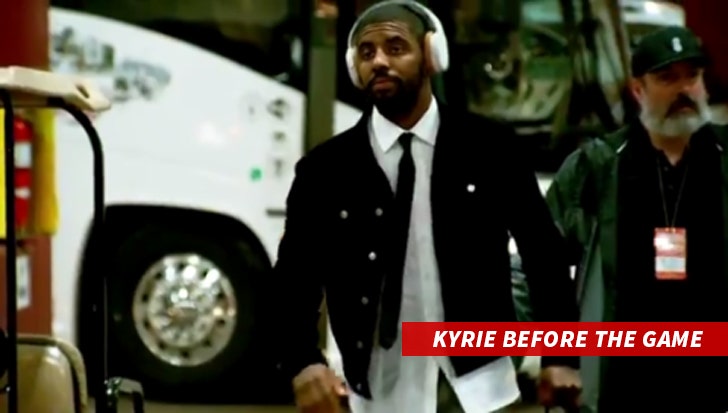 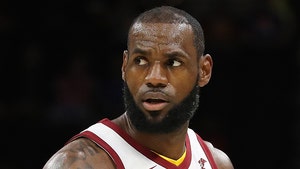