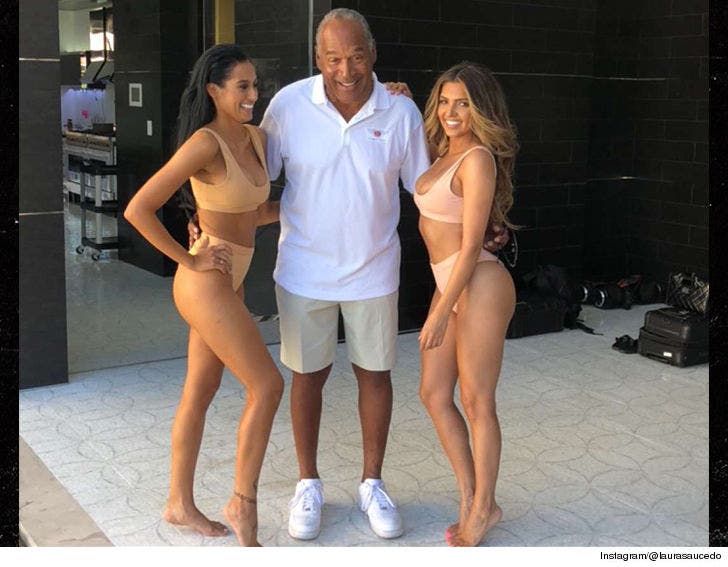 Sources connected to Wanya tell us he isn't the one who invited O.J. to the shoot -- instead it was a friend of his, who also owns the home where it all went down.

We're told Wanya was at the shoot, briefly, but didn't interact with Simpson.

The Juice was smack in the middle of a double dose of insanely hot chicks Wednesday in Las Vegas. The women were there for a commercial shoot ... the one on the right is Laura Saucedo, and she was so thrilled with the O.J. run-in, she posted pics and video.

We're told the crib used for the commercial is owned by Boyz II Men member Wanya Morris, who invited O.J. over for the day to hang. As for the commercial ... it was for a laser hair removal company -- L.A. Laser Hair Removal LV -- owned by Morris' longtime friend.

Simpson was NOT officially a part of the commercial, but he did get in a couple shots ... unclear if he'll make the final cut.

He's never met a camera he didn't love, though. 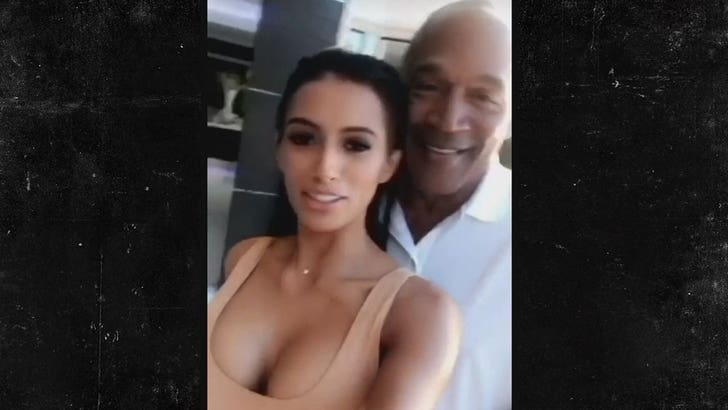 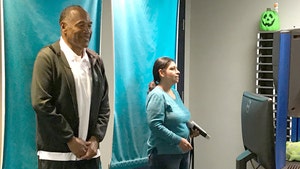 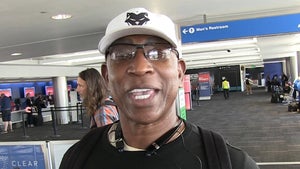