"How many passes do we give this dude?" Tyron said on his new show, "The Hollywood Beatdown." "You need to have a bit more of a social conscious when you're saying things."

McGregor has apologized for using the gay slur -- and says he's a supporter of the LGBT community -- but saying "sorry" just ain't cuttin' it with Tyron.

Woodley pointed to Conor's remarks from earlier this year -- when he told Floyd Mayweather to "dance for me, boy" TWICE -- that he felt were racist in nature.

T-Wood also goes after Michael Bisping﻿ -- vowing to tear his "UFC Tonight" colleague's head off in the octagon for all the crap he's been talking.

It's no joke ... Woodley says he wants Bisping FOR REAL ... if The Count gets through GSP this weekend. 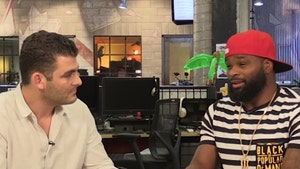 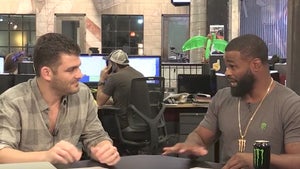