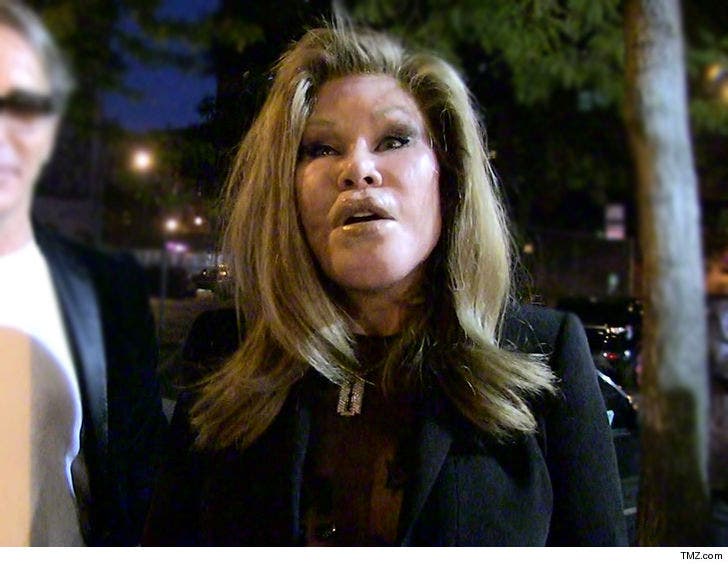 Jocelyn Wildenstein, the extravagant socialite famous for her plastic surgery, was arrested early Sunday morning along with her boyfriend for assault.

Law enforcement sources tell TMZ ... the 72-year-old Wildenstein and Lloyd Klein were cooking Sunday in their NYC apartment at around 1 AM when a plate broke in the oven. For some reason that triggered a fight that got verbal ... then physical.

She claims he pushed her to the ground, causing bruising on her neck and arm. She went to a nearby hospital.

He says she scratched him on the forehead, causing a laceration. He also went to the hospital.

Both were arrested at 3 AM for assault.