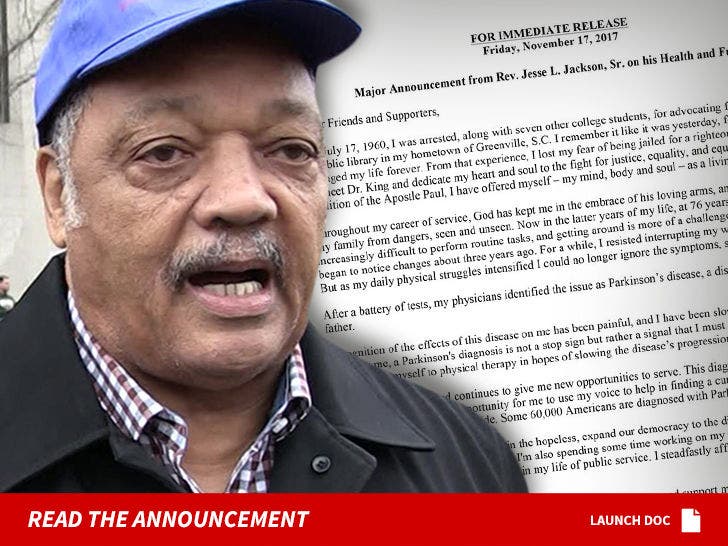 Rev. Jesse Jackson has revealed he has Parkinson's disease ... but plans to dedicate himself to treatment in hopes of fighting the disease's progression for as long as possible.

The 76-year-old civil rights icon says he and his family began to notice changes about 3 years ago and couldn't ignore the symptoms any longer. After a visit to the doctor and a series of tests ... he got the diagnosis.

The Rev. says the effects of the disease have been painful and he finds it increasingly challenging to perform daily tasks, but adds it's not a stop sign for him.