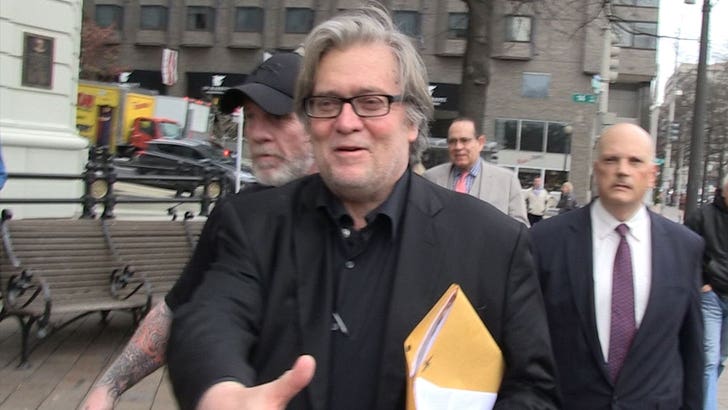 Steve Bannon﻿'s throwing serious shade Mitt Romney's way, and it's all over the Trump administration's push to get Roy Moore into the U.S. Senate.

We got President Trump's former senior adviser leaving the Willard Hotel in D.C., and asked if Romney calling Moore a disgrace to the G.O.P. would hurt Trump's efforts. Bannon took a dismissive shot right back at Mitt.

Bannon was in a much better mood about the luncheon he'd just left with Black Americans for a Better Future. He actually called it "the best time" he's had in a while.

Something on the menu was in Bannon's wheelhouse. Go figure.