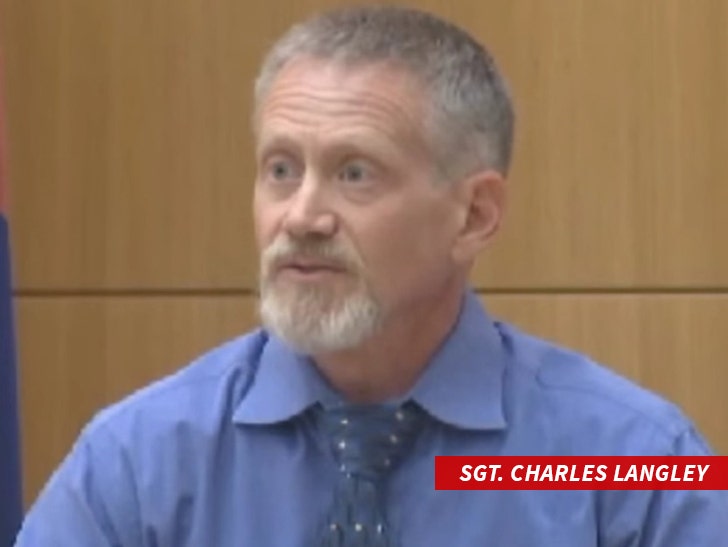 The Sergeant who repeatedly threatened to kill Daniel Shaver in the moments leading up to his death was under review for his abusive attitude ... TMZ has learned.

Charles Langley was the supervisor on scene in January 2016 when officer Philip Brailsford gunned down Shaver at a Mesa, Arizona hotel. You hear Langley bark a series of threats, including, "You do that again we're shooting you, do you understand?!"

Turns out Langley was disciplined back in 2010 for bad behavior. Internal affairs reprimanded him for "personal behavior, conduct and attitude toward coworkers and superiors, defaming or discrediting coworkers," and most significantly -- "failure to lead subordinates consistent with the mission and vision of the Mesa Police Department" ... this according to police documents obtained by TMZ.

Langley was ordered to improve his work ethic and required to take training courses, and if he didn't get better, he was threatened with termination.

Langley retired in April 2016, just 3 months after Shaver's death, and moved to the Philippines. He wasn't in the country to face punishment for his role in the shooting.

We're told Shaver's family plans to use this information as evidence in their lawsuit against the Mesa PD, claiming Langley was unfit to be leading the unit that resulted in Brailsford killing Shaver.