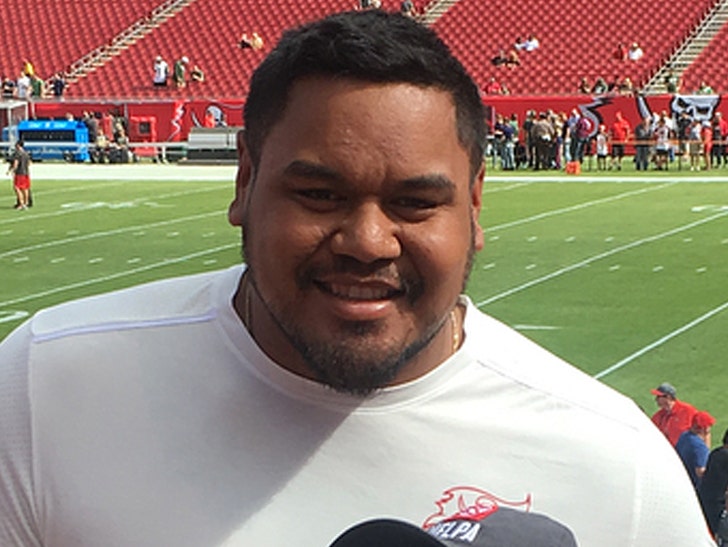 Tippin' good in the neighborhood ...

The entire staff at an Applebee's restaurant in Tampa Bay got hooked up fat on Christmas Eve ... and it was all thanks to a very generous Bucs player.

TB defensive tackle Sealver Siliga and some friends hit up Applebee's after losing to the Carolina Panthers earlier in the day -- but despite the L, we're told the guys couldn't have been nicer.

When the bill came (around 10pm), we're told Sealver asked the manager how many people were still working in the restaurant ... because he wanted to tip every person $100 (from the servers to dishwashers).

How's that for a heartwarming Xmas story?! 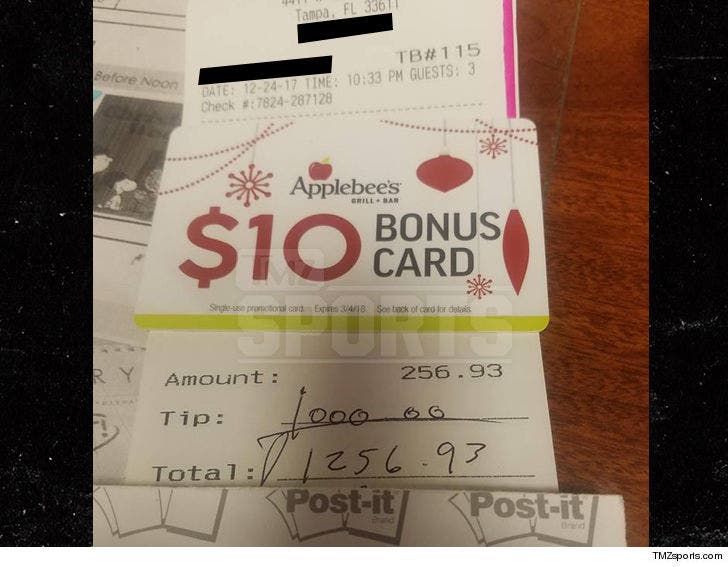