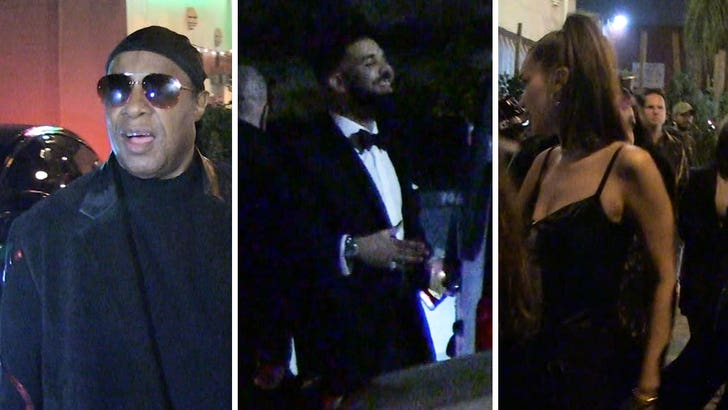 Celebs were out in force Sunday night to celebrate 2 things ... a new year, and Dave Chappelle's performance at the L.A. Forum.

A slew of stars showed up at Delilah in West Hollywood following Dave's comedy show, including Stevie Wonder and Bobby Brown, who apparently lost weight with the help of his BBQ sauce.

Comedian Jeff Ross praised the losing Cleveland Browns for their consistency ... which is hilarious.