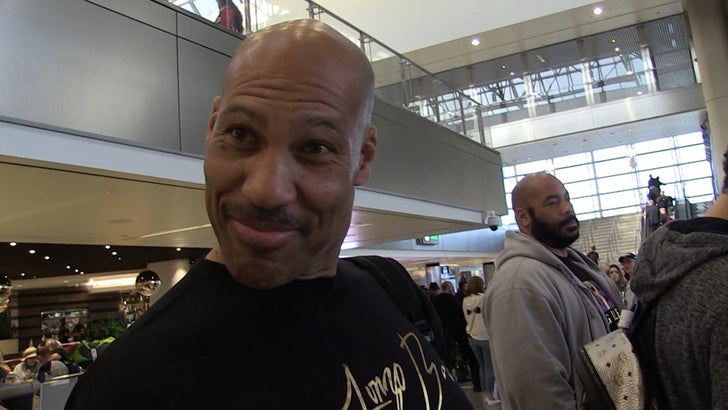 LaVar Ball and his 2 youngest sons boarded a plane bound for Lithuania Tuesday -- but LaVar says they'll be back soon ... to join Lonzo on the Lakers.

19-year-old LiAngelo and 16-year-old LaMelo were quiet at the airport ... but LaVar did enough talking for the 3 of them -- spelling out his master plan to TMZ Sports.

"We'll go over there [to Lithuania] for a hot minute just to let 'em know before these boys get on the Lakers."

LaVar says he expects his boys to dominate overseas -- but for "less than a couple years" before returning to L.A. to sport the Purple and Gold.

Ball told us he plans on staying in Lithuania for a couple of weeks to get his boys set up in their new home ... but if he likes it, he might buy a new home over there -- or as he calls it, "Big Baller house!"

One interesting observation ... LiAngelo was still rocking his old UCLA duffel bag at the airport, despite the icy break up. Water under the bridge? 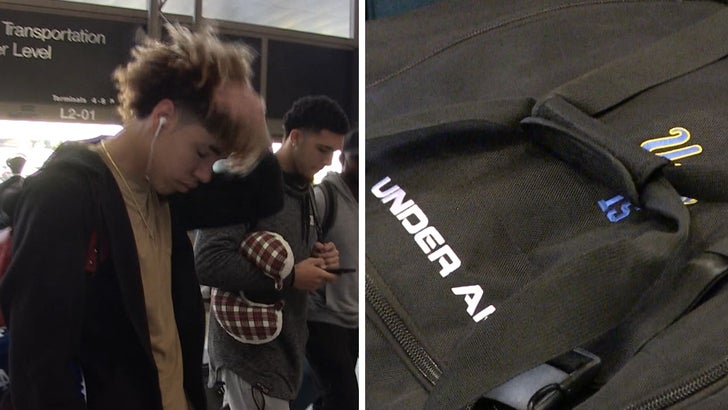 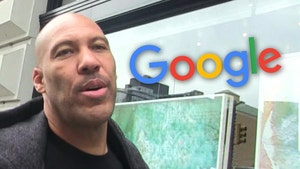 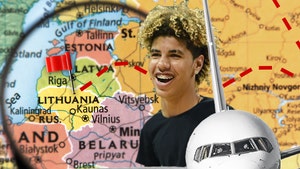