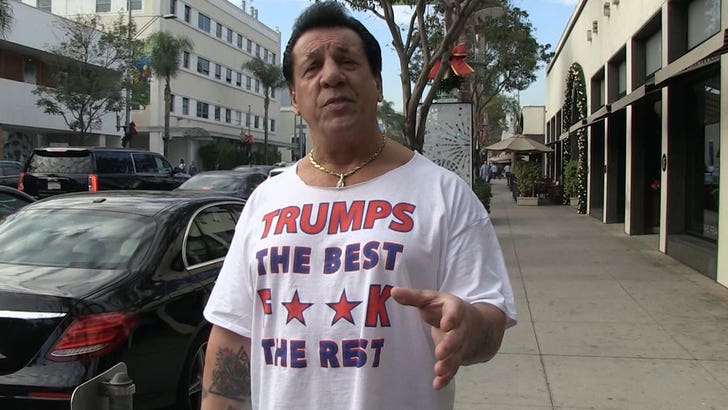 Chuck Zito's letting his shirt do the talking when it comes to pledging allegiance to President Trump﻿ ﻿... but he's also got a mouth on him and probably a fist, too.

The former "Oz" star, and real life badass, was in Bev Hills Thursday when we asked about Trump's sexual misconduct accusers -- his shirt led us down the path -- and Chuck went off.

First, he called the wave of allegations in Hollywood a "witch hunt" that was hurting his close friends. When he addressed Trump's accusers, his response was pretty much ... see my shirt.

But a bit more menacing. Basically, Chuck's begging haters to make a move.

BTW, his shirt's missing an apostrophe, but we're not about to tell him. 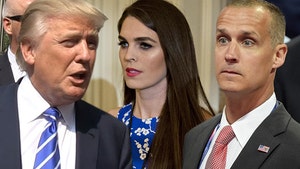