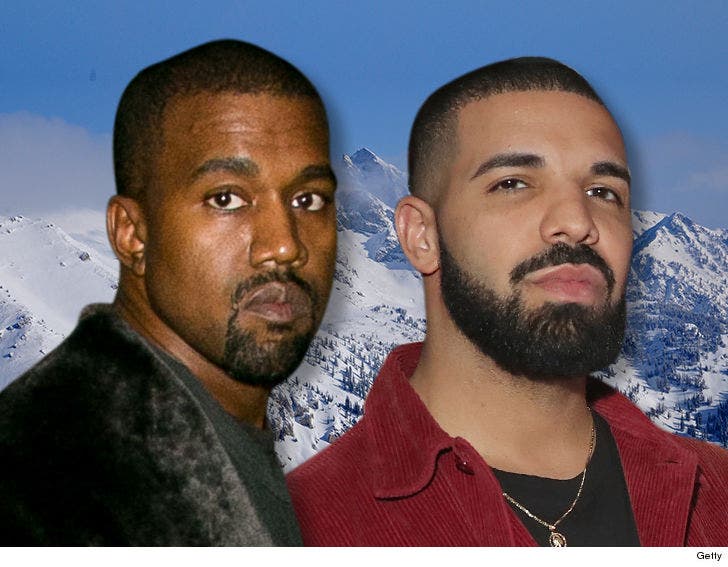 Kanye West and Drake working together on a song for Ye's new album is a big deal ... but it seems like the 2 hip-hop icons are teaming up in Wyoming for a whole lot more.

Sources in Jackson Hole tell TMZ ... both rappers are staying at the Amangani luxury hotel and resort under an alias, and have each brought a huge crew with them. We already knew about Kanye's, but we're told Drake's team includes his engineer, songwriter, and as we reported ... his personal photog/videographer.

We've learned even more big names are there than we originally thought too -- like Lil Uzi Vert -- along with a slew of major producers who work with Kanye and Drake.

There's more -- our sources say the guys brought a ton of audio and recording equipment with them, most likely to set up their own studio at Kanye's crib ... because he's staying at a separate house at the resort away from the main hotel.

We're told famed personal chef Paul Zlatos -- who used to work for Oprah -- is also on hand for the group to keep them well fed.

All in all ... it seems like Drake's hanging with Kanye in the mountains for much more than just an appearance on his new album. And with so many other artists there with them -- Travis Scott, The Dream, NAS and Kid Cudi -- this is shaping up to be well worth the wait. 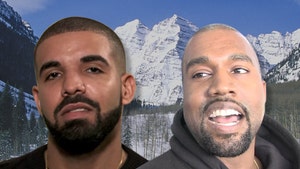 Drake And Kanye Together In Wyoming For New Album