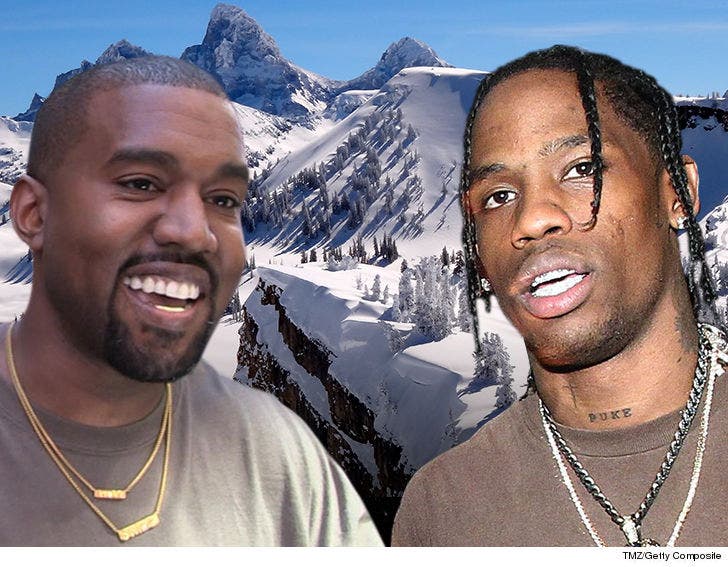 Kanye West probably isn't gonna have to climb a mountain to wrap up his new album, 'cause he's got some friends tagging along with him now to make the hike easier.

Kanye went back to Wyoming this past week with a lot of other people ... we're told to work on his forthcoming album. He brought along his protege, Travis Scott ﻿and others. They all seem to be in Jackson Hole -- a valley between a couple mountain ranges in the state.

Seems like Kanye and Travis albums are getting closer... pic.twitter.com/DDj3Up7Pwd

Some other creative types that have been in the area recently, and who've been linked to Kanye, include producer Pi'erre Bourne and mogul ASAP Bari.

Rapper King Louie and The Dream -- both of whom have collaborated with Kanye -- are also there posing for the camera. Producer Jeff Bhasker and Travis' manager are in town as well.

The Dream has also been in Wyoming. Pictured here with King Louie. pic.twitter.com/IiTkTs7yyN

TMZ broke the story ... Kanye hit the mountaintop retreat at least a couple different times last year to work on new music for his album. We were told he resorted to the retreat to get away and hone his craft.

Looks like he's recruited some help for the creative process. No word on a release date yet ... but you gotta hope it's nearing an end with this kind of fire power on deck. 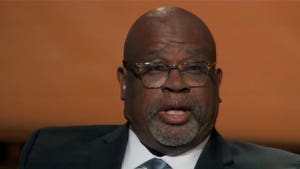 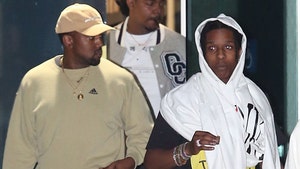