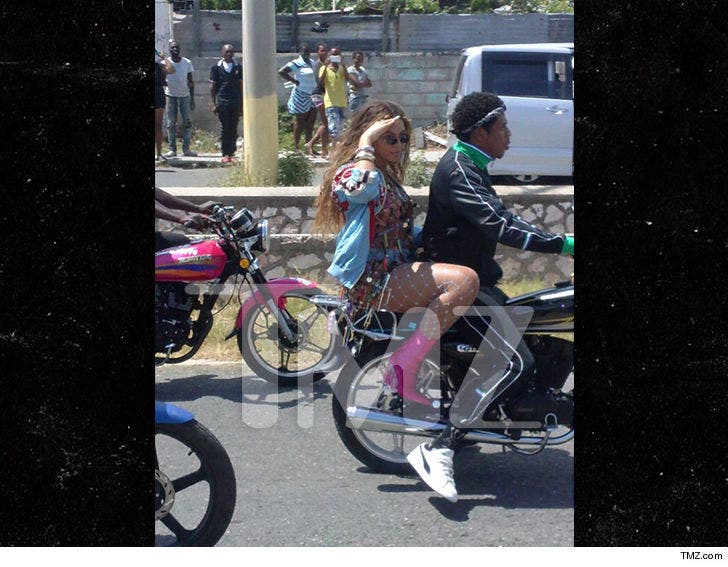 Beyonce and Jay-Z just proved it again ... their day at the office is way better than yours.

We got these shots of the couple doing a motorcycle tour through Kingston, Jamaica. Jay's at the wheel, while Bey's hanging on behind him ... rocking pink boots and fishnet stockings.

We're told they're shooting video content that will be used for their upcoming On the Run II Tour. The neighborhood they're cruising around is called Trenchtown, made famous by Bob Marley ... who lived there and frequently sang about it. 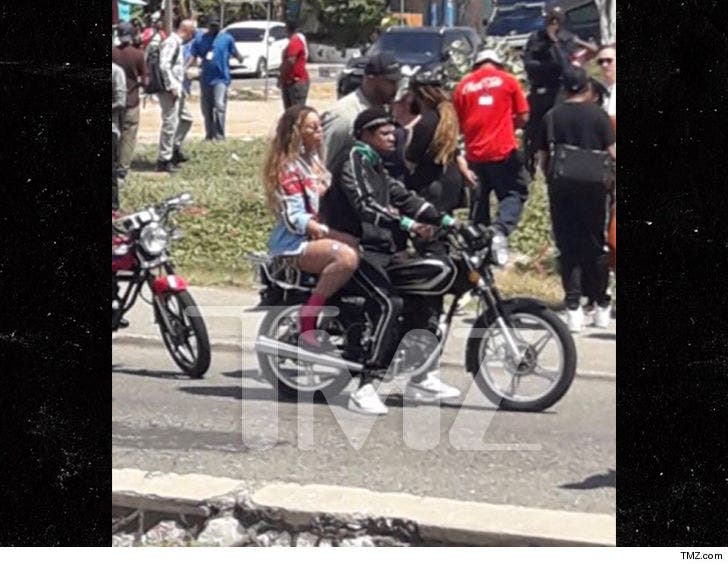 We're told they'll be shooting at Tuff Gong, Bob Marley's home and studio. Jay was on Jamrock just last year ... when he recorded with Damian Marley for the 4:44 album.

The OTR II tour kicks off in June. 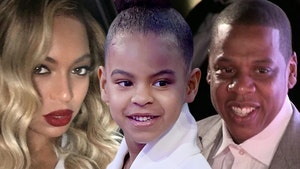