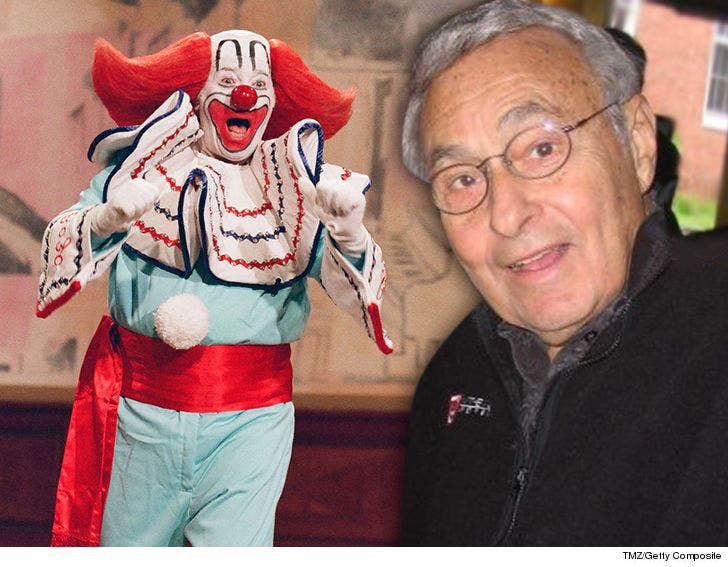 Frank Avruch, TV's original Bozo the Clown, died Tuesday in Boston after a long battle with heart disease ... according to his family. He was 89.

The Boston legend created Bozo back in 1959, and played the lovable clown until 1970. Although Frank wore a lot of hats -- as a local host on radio and WCVB-TV -- he'll most be remembered for wearing that red-orange wig, oversized red shoes and pajamas with the frilly collar.

Avruch is an inductee of the National Television Academy's Gold Circle. Bozo's survived by his wife Betty, 2 sons, grandchildren, and, of course, his cousin Homey.

After Frank had the role some other clown, Larry Harmon, slipped into Bozo's famous getup. Harmon died in 2008.

Have a great time under the Big Top, St. Peter.