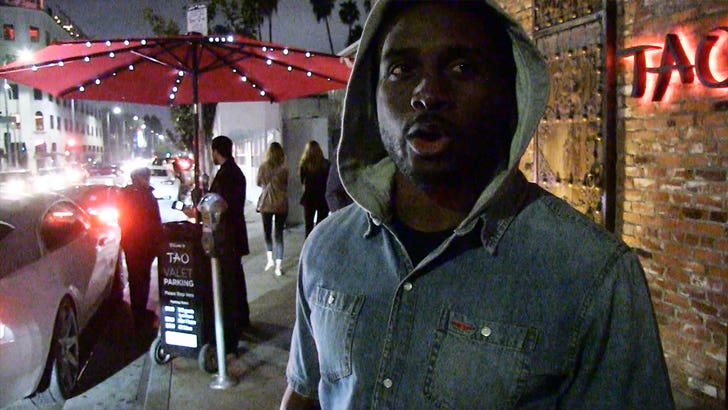 Reggie Bush is crossing his fingers ... hoping his son chooses any sport other than football.

The former football great was in Hollywood Saturday night leaving Tao, when our photog asked about his infant son and whether dad will encourage him to hit the gridiron.

Reggie really opens up, hoping the kid will get involved in a non-contact sport. If he chooses football Reggie will support it, but he definitely won't encourage it.

According to Reggie, the endgame in football is never good.