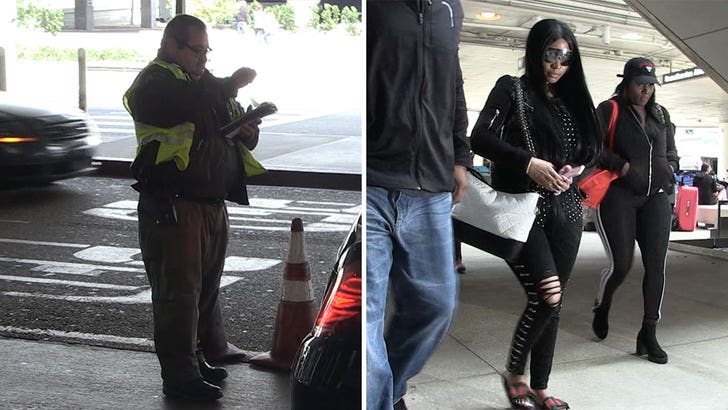 Nicki Minaj showed her face in public for the first time in a long time, and immediately confirmed ... Birdman's theory she's TBE when it comes to women in hip-hop.

We got Nicki Wednesday heading into LAX -- where her driver seemed to be getting written up for a ticket -- and asked if she agreed with Baby, who recently hyped her as "the best female ever in hip hop history."

Nicki's still not saying much, but she heard our question and gave us a non-verbal response that we're taking as ... "hell yeah, I'm the best!" Watch and decide for yourself.

Either way, it's good to see Nicki in public again. As we reported, she's been keeping a low profile as she finishes her new album, and has mostly avoided social media since December.