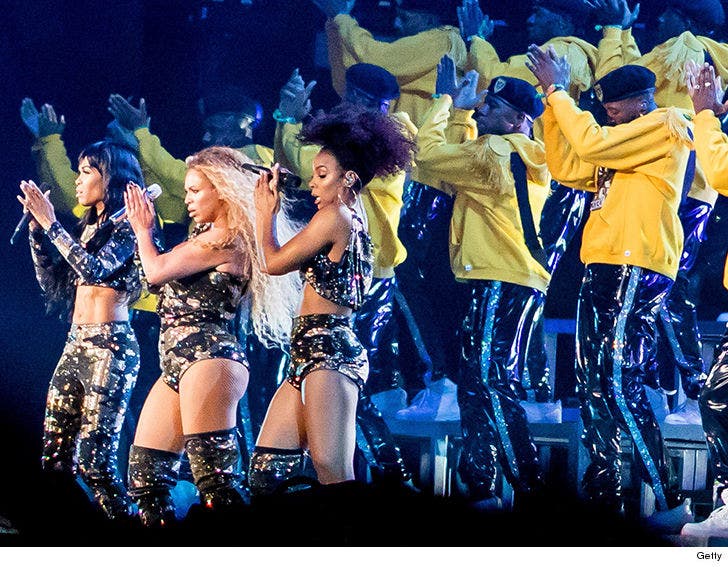 Beyonce pulled a fast one at Coachella, fooling even us ... 'cause she reunited with her old Destiny's Child crew for one HELLUVA performance this weekend.

Bey took the stage late Saturday night as the Day 2 headliner, and after an already kick-ass performance ... she eventually brought out Kelly Rowland and Michelle Williams for a long overdue Destiny's Child reunion, contrary to what we'd been told in December.

Bey and co. started out with a few DC classics ... going from "Lose My Breath" to "Say My Name" and even belting out "Soldier" too. That wasn't the end of the cameos, though. Beyonce also brought out her hubby, Jay-Z, to cover their hit 2012 song "Deja Vu."

Her sister, Solange, also joined her on stage at one point to dance. Speaking of dancers, Beyonce's stage was flooded with them ... as we first told you, upwards of 100 or so. As if that wasn't historic enough, she also touched a milestone as the first black woman to headline the festival.

Needless to say, Beyonce certainly made up for lost time after missing Coachella last year. She even addressed her absence, saying ... "I had time to dream with two beautiful souls in my belly and this is everything and more I had in my dream, so thank you for sharing this with me."

Eminem's got some big shoes to fill tonight. 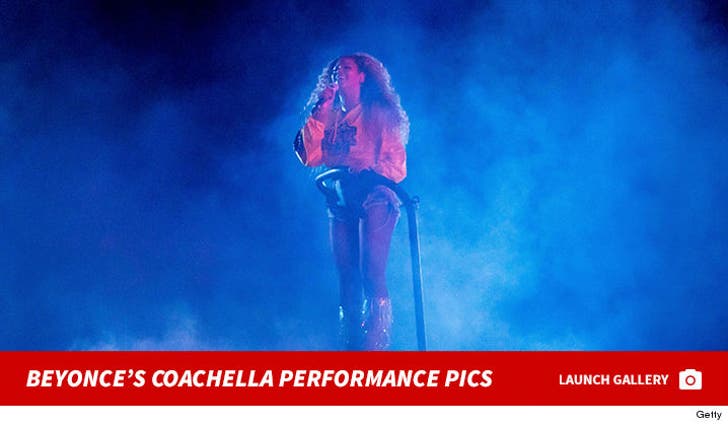 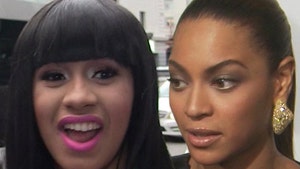 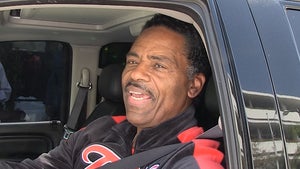