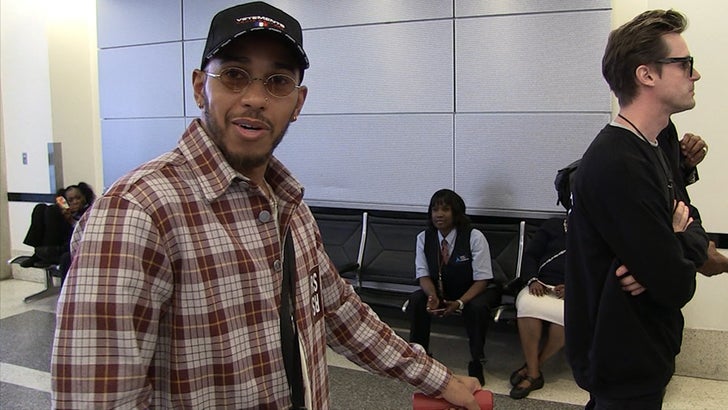 Lewis Hamilton is still considering making the jump from Formula One to NASCAR ... telling TMZ Sports he ain't ruling it out.

That hasn't happened yet -- but when we saw Hamilton at LAX on Tuesday, he told us he isn't shutting the door on NASCAR.

We also asked why he thinks F1 hasn't taken off in the U.S. like it has in the rest of the world -- and the 33-year-old superstar broke it down for us.