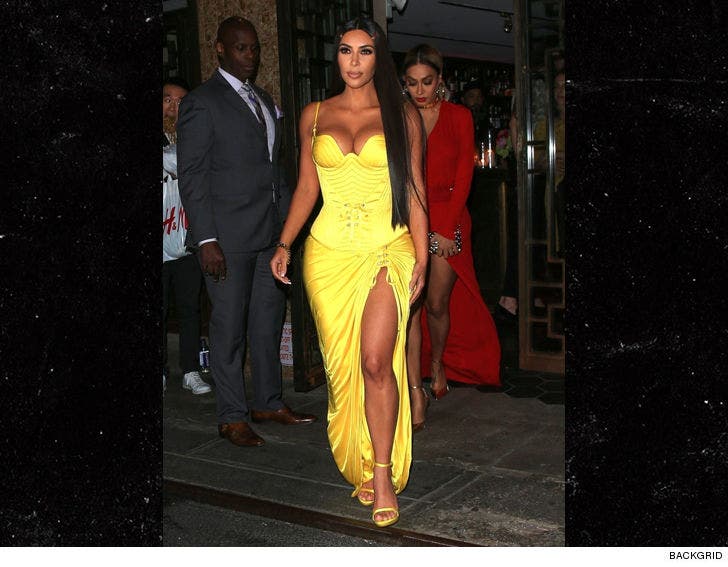 Kim Kardashian's cleavage is on a freakin' roll, because she framed the girls in brilliant, eye-catching yellow to follow up her Met Gala gown.

Kim came out of a Chinatown restaurant Tuesday night wearing vintage Versace, the same designer she wore Monday night at the Met. Her pal La La Anthony, sisters Kendall and Kylie, and mom Kris were there too.

The crew attended the Business of Fashion's new issue launch, and we gotta say -- the whole fam's biz was looking real good. 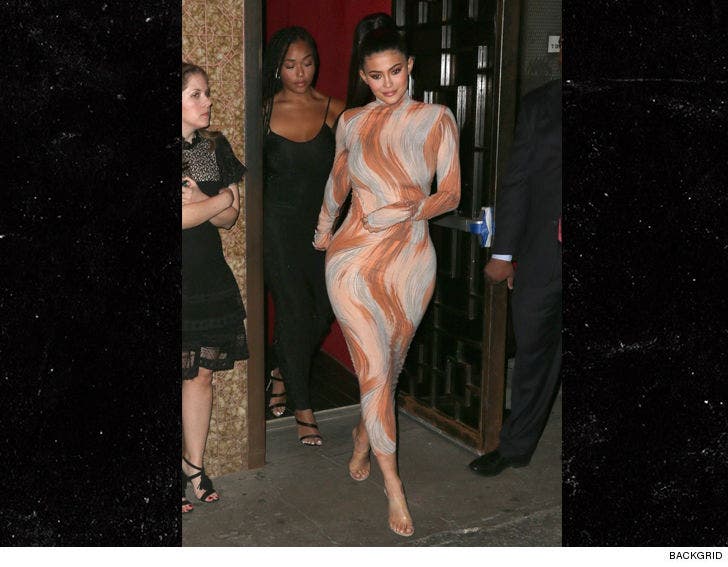 Kendall's the only one who actually opted for business attire at the event -- although she went totally bare underneath her suit. We applaud the move.

As we told you ... Taylor Swift took a dig at Kim while kicking off her tour Tuesday night in Glendale, Arizona. Taylor might be holding on to old stuff, but pretty obvious the Kardashians are taking the high fashion road. 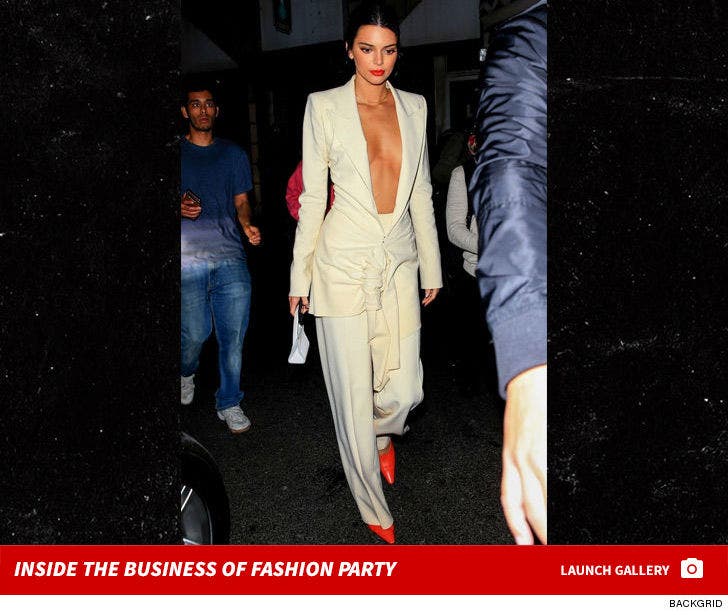 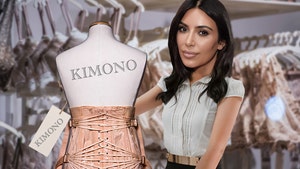