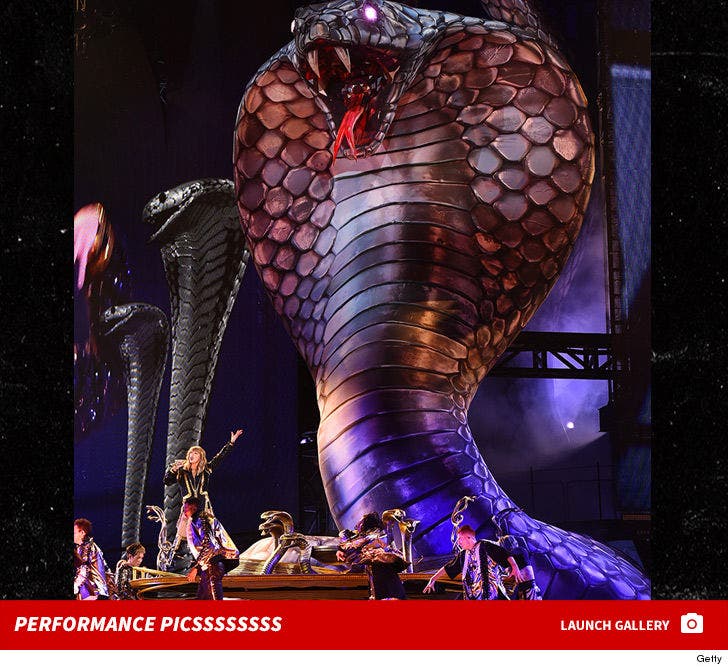 Taylor Swift's Reputation tour is taking everyone down memory lane to the time Kim Kardashian called her a snake on social media, because several fake ones littered her stage.

Taylor kicked off her tour Tuesday night in Glendale, Arizona with a giant 30-ft cobra in tow ... so, doesn't look like she's letting bygones be bygones.

.@taylorswift13 talks to the crowd about the significance of snakes in tonight’s show 🐍 #RepTourGlendale #ReputationStadiumTour #TaylorSwift pic.twitter.com/oQEFG69R89

Taylor explained that the snake diss, which had people stamping her socials with snake emojis, made her go "through some really low times." She also insinuated Kim was a bully. "If someone is using name-calling to bully you on social media -- and even if a lot of people jump on board with it, it doesn't have to defeat you. It can strengthen you instead," she told the crowd of 60k people.

Openers Charli XCX and Camila Cabello also joined Taylor onstage for her hit, "Shake It Off," but doesn't look like Taylor's ready to do that anytime soon. 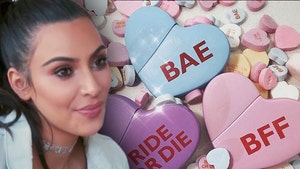