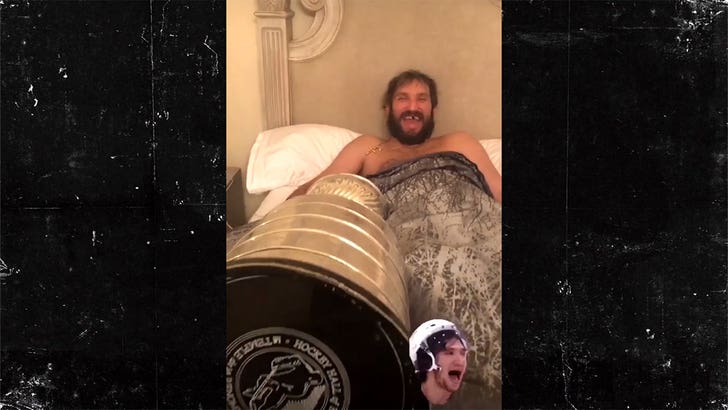 Alexander Ovechkin wishes he knew how to quit Lord Stanley can't quit -- but he just can't, and now his wife knows it, too.

The Washington Capitals superstar took the Stanley Cup to bed with him, 2 nights after his team secured the trophy. Ovechkin's wife, Anastasia Shubskaya, shot video of her husband cozying up to his new love ... just days after Anastasia and Alex announced she's expecting their first kid.

Let's hope Alex used protection with Stanley, who, as we've learned over the years ... definitely gets around.

The couple -- Alex and the Cup, that is -- had a very busy Saturday around the DC area.

They were at the Washington Nationals game, where Ovechkin threw out the first pitch, and then later he was seen doing modified keg stands ... drinking beer out of the Cup.