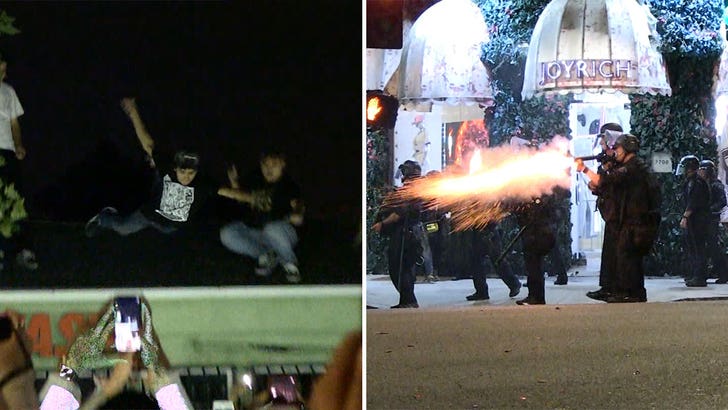 10:18 PM PT -- Officers have gained control of the situation and the crowd has almost entirely dispersed.

10:00 PM PT -- According to reports, officers fired rubber bullets and pepper bullets into the crowd after participants started to throw rocks.

Hundreds of XXXTentacion fans closed down Melrose Avenue, some risking their lives by jumping off roofs during a tribute to the rapper in Los Angeles.

Fans took to the streets Tuesday night ... climbing on top of vehicles, swarming the streets and sidewalks and scaling buildings. Some fans jumped off of roofs into crowds of people below as chants from the crowd grew louder.

A congregation of several hundred began around 8 PM ... it started peacefully but, as the crowd size grew, so did the chaos. Multiple news crews and L.A. County Sheriff's department helicopters flew above. Officers in riot gear also descended upon the crowd.