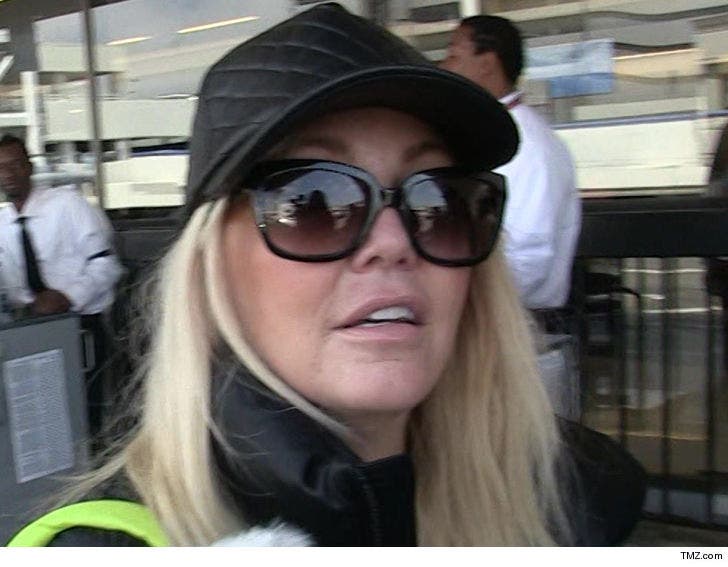 Heather Locklear will soon move from the psychiatric ward at an L.A.-area hospital to a long-term facility so doctors, psychiatrists and others can help her deal with serious substance abuse as well as mental health issues ... TMZ has learned.

Sources connected to Heather's family tell us ... doctors at the hospital where she was taken after her latest arrest have conducted a battery of tests that have painted a clear picture ... Heather's problems involve substance abuse and mental health in equal measure, although it's possible the latter is even more serious than the former.

We're told Heather has been cooperative so far, and has voluntarily agreed to enter the long-term facility for treatment. Our sources say there is no plan to try and get a conservatorship, because it's virtually impossible under these circumstances in California -- courts just wouldn't approve it.

There's a lot of breath-holding in Heather's family ... they're hoping she stays committed to receiving long-term treatment.

TMZ broke the stories ... Heather was arrested in June for battery on a police officer, before she was hospitalized for an apparent overdose.