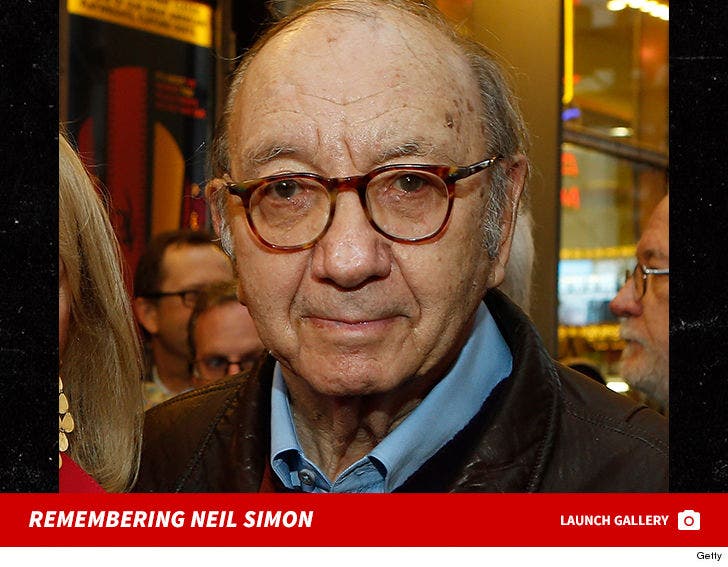 Neil Simon, one of the most prolific playwrights in American history, has died ... TMZ has learned.

Sources tell TMZ, Simon died Sunday morning at 1 AM ET after being on life support. We're told he had a failing kidney and also Alzheimer's and dementia. A rep said Simon died as a result of complications from pneumonia.

Simon had a kidney transplant in 2004 and the donor was his longtime friend and publicist Bill Evans.

Simon's first big hit was "Come Blow Your Horn" in 1961, followed by "Barefoot in the Park" in 1963, which was a seismic hit. He won Tony Awards for "The Odd Couple," "Biloxi Blues" and "Lost in Yonkers."

"The Odd Couple" catapulted Simon to national celebrity. He had many other successes, including "Promises, Promises," and "The Sunshine Boys."

All in all, Simon wrote more than 30 plays. He snagged 17 Tony noms, and won 3. During one season, Simon had 4 plays running on Broadway simultaneously.

And, Simon won a Pulitzer Prize in 1991 for "Lost in Yonkers." He was also a Kennedy Center honoree in 1995 and won the Mark Twain Prize for American Humor in 2006.

He was the first playwright to have a Broadway theater named after him.

Before becoming a Broadway icon, Simon wrote for television, including "Your Show of Shows" with Sid Caesar and "The Phil Silvers Show."

Simon had a turbulent childhood, growing up in the Great Depression and enduring his parent's unstable marriage. They were poor, and it took both a financial and an emotional toll on the family. What's interesting ... Simon said he used his escape when he was a child -- the escape being movies -- as an inspiration for his writing as an adult.

Simon was married to dancer Joan Baim, who died 20 years into the marriage from cancer. He then married Marsha Mason, whom he divorced. He was then married to Diane Lander not once but twice. At the time of his death he was married to actress Elaine Joyce, whom he married in 1999. He's survived by 3 children.

We're told there will be a memorial service Thursday in New York City. 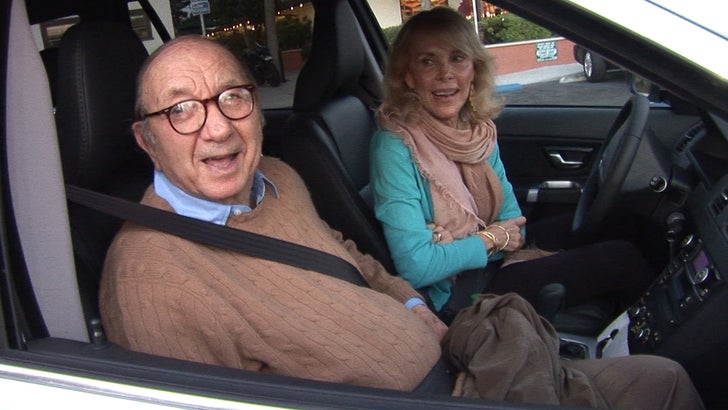