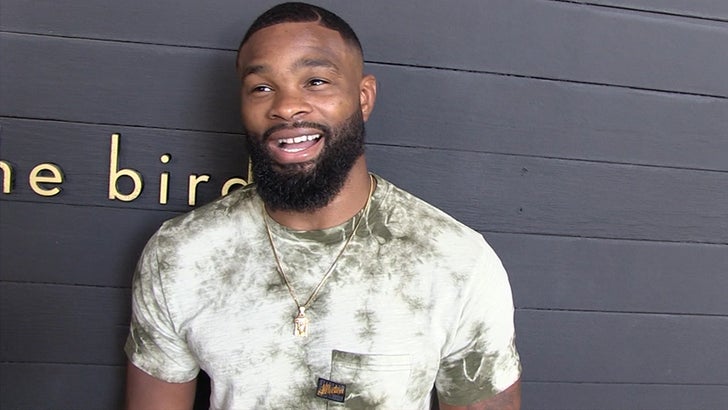 Tyron Woodley says he's a man of the people -- and wants to help his fans to make a little money ... so he's got some gambling advice for his upcoming fight against Darren Till.

Woodley vs. Till is the main event at UFC 228 in Dallas on Sept. 8 -- and when we saw Tyron out in L.A. on Thursday, he gave our photog some tips on how to make a few bucks.

Long story short ... Tyron says he's winning the fight -- but he's helping us narrow down the round.

There's more ... the reigning welterweight champ also tells about the new rap single he's about to drop -- and which huge rapper he's hoping to get in the studio.