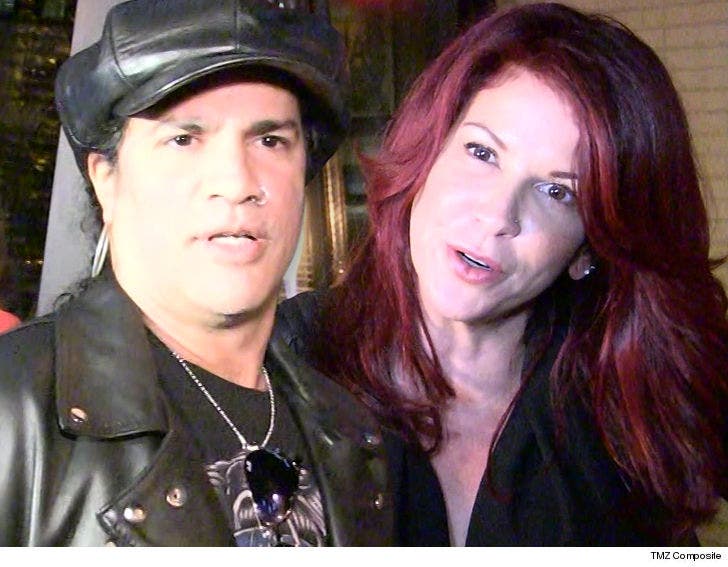 Slash will keep all his guitars and any musical compositions he owns ... with future proceeds belonging to Slash. He'll also get a 2011 Ford F-150 and the Beverly Hills house. Perla will get the house in L.A., a 2014 Range Rover, 2 Mercedes.

Perla gets primary physical custody -- and get this -- each kid will get .09% of Slash's income for the next 20 years.

9:57 AM PT -- Slash and Perla are both single, officially! Both sides informed the judge they reached an agreement in their divorce, and the judge just signed off.

Slash and his estranged wife, Perla Ferrar, are coming face-to-face in front of a judge Tuesday to hash out parts of their contentious divorce ... and she's already won one battle.

The Guns N' Roses rocker and his ex are both in an L.A. courtroom trying to reach an agreement in the divorce that's been ongoing since 2014. Perla just got one of the things she'd been asking for -- access to Slash's Internet provider records with Charter Communications. We broke the story ... Perla thinks the records will prove Slash's gf has been harassing her online.

The judge says she's granting that motion, but there are several other issues on the table. The hearing is still going. 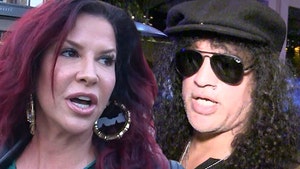 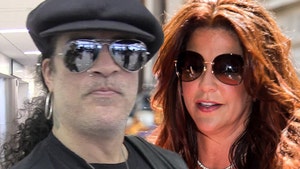