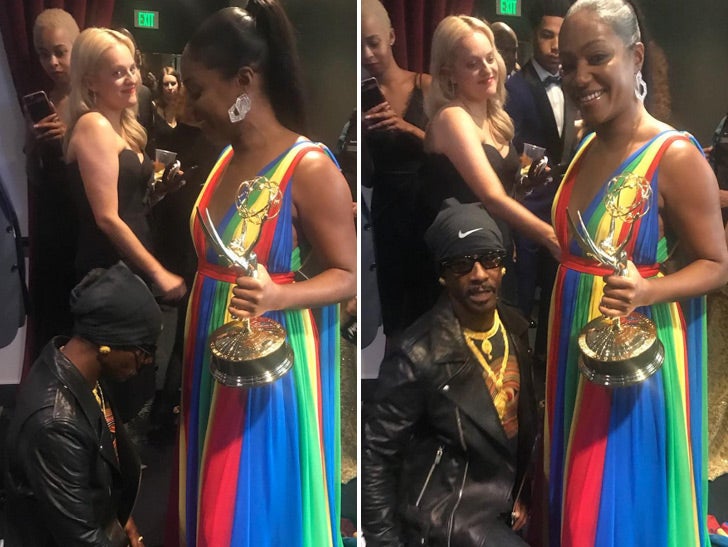 Katt Williams didn't want any real smoke with Tiffany Haddish after dissing her badly on a radio show last week ... 'cause he was kneeling for the comedy queen at the Emmys.

Tiffany posted a series of photos Monday at the award show which show Katt taking a knee before her in deference ... and then the two of them posing together happily.

It appears the two comedians are good now after Katt questioned Tiffany's comedy chops this past Friday. You'll recall ... he said Tiffany hadn't proven herself as a touring comedian ... and insinuated that she only blew up after saying she wanted to sleep with Brad Pitt. Harsh stuff, but that all seems to be water under a bridge now.

Tiffany said she couldn't wait to see Katt at the Emmys, where they each picked up their respective awards. In a tweet, she elaborated by saying she just "to shower (him) with REAL Love cause you need it, and I Love you." 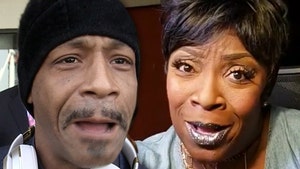 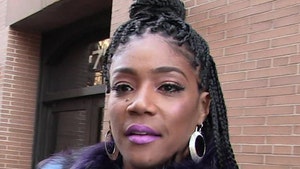 Tiffany Haddish Shuts Down Ex-Husband, You Screwed Up Your Lawsuit