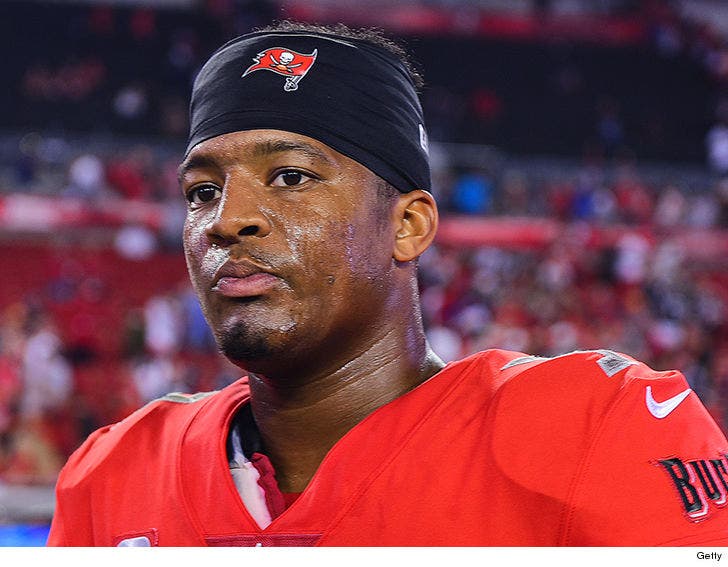 Jameis Winston's troubles keep getting worse ... 'cause the Uber driver he allegedly groped has hit the NFL star with a lawsuit.

In the suit -- filed Tuesday in federal court in Arizona -- the woman claims she picked up Jameis and his friends from a nightclub in Scottsdale. The woman says she overheard someone in the group say, "she is hot. You should sit in the front seat, Jameis."

He did, and she says the ride was a nightmare -- with Jameis acting belligerent, screaming obscenities and racial slurs out the window -- before demanding a burrito.

The woman says she took them to a drive-thru restaurant ... and while waiting for the food to arrive, Jameis leaned over and "placed his fingers between her legs and pressed them firmly against her vagina over her yoga pants."

The woman says she looked at him and Jameis took away his hand.

The alleged victim says she was scared ... and ultimately dropped Jameis and his friends off at their destination ... before texting her BF that she just got "semi-molested" by the Tampa Bay Bucs QB."

The woman says she was motivated to speak out by the "#MeToo" movement.

Winston -- who apologized for the incident -- was never charged with a crime... but the NFL investigated and he was suspended for 3 games.