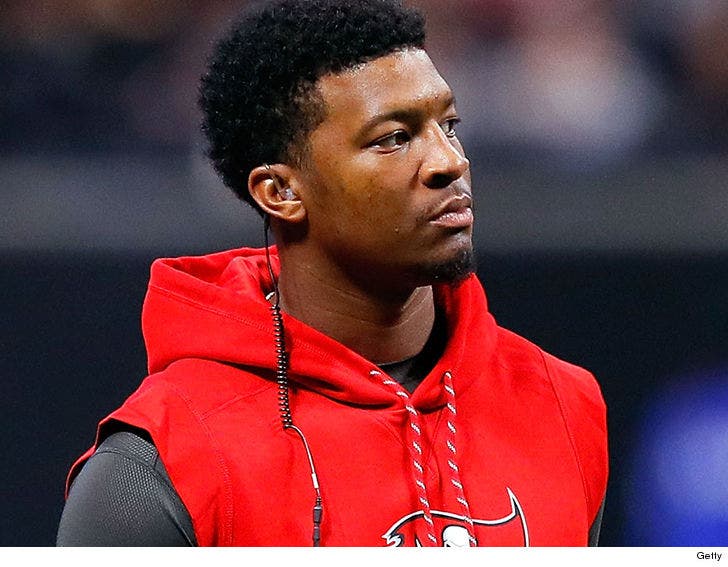 Jameis Winston is apologizing to the Uber driver who claims the Tampa Bay Bucs quarterback sexually assaulted her during a 2016 ride ... and now says he's "eliminated alcohol from my life."

Winston opened up about the incident Thursday -- right after the NFL formally suspended him for 3 games for the incident.

The Uber driver had previously claimed she picked Winston up from a bar area in Scottsdale, AZ and took him to a drive-thru restaurant ... where he forcibly grabbed her vagina.

"First and foremost, I would like to say I’m sorry to the Uber driver for the position I put you in," Winston said in a statement.

"It is uncharacteristic of me and I genuinely apologize."

Important to note -- Winston never denies the allegations in his statement but we've learned he's privately telling friends he did NOT grope the woman.

The NFL doesn't believe him -- and said in a statement of their own that an investigation showed Winston "[touched] the driver in an inappropriate and sexual manner without her consent."

Winston's statement continues ... "In the past 2 1/2 years my life has been filled with experiences, opportunities and events that have helped me grow, mature and learn, including the fact that I have eliminated alcohol from my life."

It's interesting, considering Winston's past -- he was accused of raping a woman while a student at Florida State. That case was ultimately dropped because the investigation was a mess.

Winston's statement regarding the Uber driver continues as follows ...

"I know I have to hold myself to a higher standard on and off the field and that I have a responsibility to my family, community, and teammates to live above the platform with which God has blessed me. I apologize to my teammates, the Buccaneers organization and fans for letting them down and for not being able to be out there for the first three games of the season."

"Although I am disappointed in the NFL’s decision, I understand the NFL’s process, and I embrace this as an opportunity to take advantage of the resources available to help me achieve the goals that I have for myself."

"I now look forward to putting this behind me and I will continue to work hard every day to be a positive influence in my community and be the best person, teammate and leader I can be."