Lawrence Taylor says he's not ready to condemn Jameis Winston for the Uber incident that led to his suspension ... but tells TMZ Sports the QB should've NEVER put himself in that spot.

Winston has been suspended by the NFL for three games after the NFL did an investigation into allegations that he groped an Uber driver back in 2016.

LT had his fair share of off-the-field turmoil during his playing days ... so, when we talked with him out in Georgia he stopped short at condemning Winston, but still had words for the youngster.

"Especially with the problems he's had you'd think he'd make better judgements than that."

FYI -- Winston's problems include a sexual assault allegation, and two shoplifting incidents before this latest situation.

Still ... LT has his own opinions about the accuser's motives, saying, you can't rule out someone that might be looking for quick fame and a quick buck.

"I just hope it's not a situation where someone wants to be in this #MeToo genre." 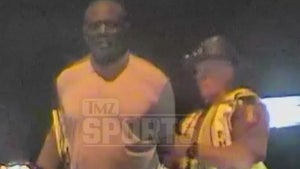