Every family has their political differences ... but this is on another level.

Rep. Paul Gosar is Arizona's Republican Congressman for the state's Fourth District, but he's up for reelection in November and he's got a bit of an issue -- 6 of his siblings are actively campaigning for his opponent.

In what's sure to be one of the most shocking political ads of the year, 3 of Paul's brothers and 3 of his sisters slam him and voice their support for Democratic nominee, Dr. David Brill.

My siblings who chose to film ads against me are all liberal Democrats who hate President Trump. These disgruntled Hillary suppporters are related by blood to me but like leftists everywhere, they put political ideology before family. Stalin would be proud. #Az04 #MAGA2018

He also points out that none of the 6 siblings in the ad (he actually has 3 more who don't appear in it) live in Arizona. He added ... "You can't pick your family ... To the six angry Democrat Gosars -- see you at Mom and Dad's house!"

You can’t pick your family. We all have crazy aunts and relatives etc and my family is no different. I hope they find peace in their hearts and let go all the hate.

To the six angry Democrat Gosars—see you at Mom and Dad’s house! #AZ04 #MAGA2018

As for why they're speaking out against their brother, Jennifer, Grace, David, Joan, Tim and Gaston Gosar have reportedly stated it's to defend their family's name and honor. Grace has said about Paul, "it would be difficult to see my brother as anything but a racist."

Their mom, Bernadette, sides with the Congressman though, telling the NY Times ... "I share the same philosophy and policies that Paul does. He’s done a hell of a job for Arizona, and they love him.”

Gosar has a history of controversies, including promoting a conspiracy theory that the white supremacists' rally in Charlottesville last year was a plot by the left.

Good luck to this family at Thanksgiving. 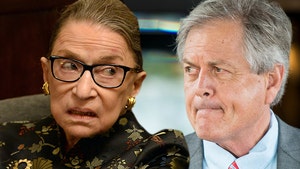 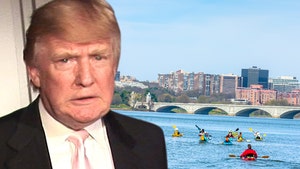